How a New Idea for Revamping the Economy Is Taking Shape 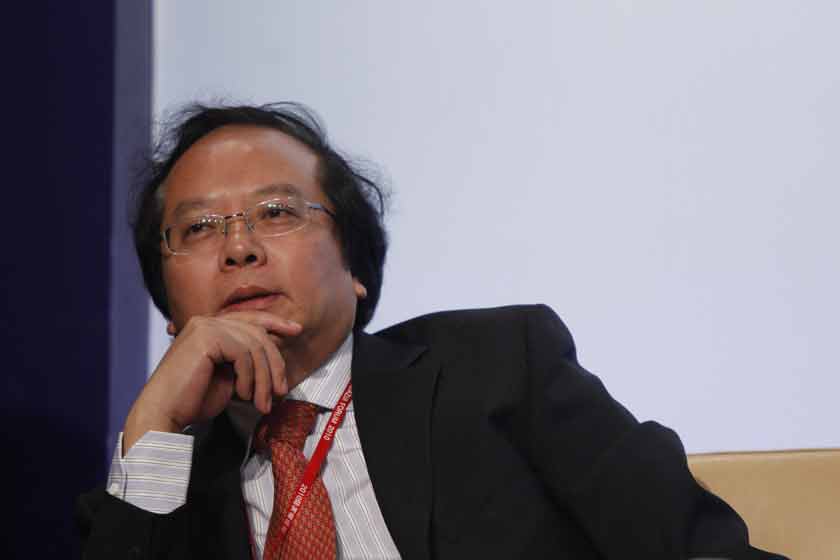 (Beijing) – Structural reform on the supply side will improve the efficiency of the economy and release growth potential, argues Xu Lin, director of the Department of Development Planning at the country’s top economic planner.

This type of reform has been in the headlines since the Communist Party's most senior economic policymakers convened on November 10 for the eleventh meeting of the Central Leading Group for Financial and Economic Affairs.

At the meeting, party secretary Xi Jinping highlighted the party's commitment to “encourage consumption while implementing structural reform on the supply side, improving the quality and efficiency of the supply system.”

This was the first official statement on “supply side reform” made by top leaders. Some experts say it indicates a new strategy has been adopted by Beijing to boost the country’s economic development after years’ of unsatisfying efforts to promote domestic consumption.

In an interview with Caixin on November 16, Xu said China’s current approach to supply has failed to meet rising demand for consumption due to inadequate technological capacity and the restrictions of some administrative controls. Reforms should cut businesses’ transaction costs that result from institutional hurdles, encourage innovation and promote efficiency of the economy, said Xu.

Progress in this area would improve the performance of investments and the consumption and export arenas, the three traditional driving forces of the country’s economic growth, said Xu, helping the economy to achieve growth of more than 6.5 percent for the next five years.

The following are edited excerpts of Xu’s interview.

Caixin: No clear definition of “structural reform on the supply side” has appeared yet. What is its core idea?

Xu Lin: I think the core idea is to reduce transaction costs created by institutional arrangements. Businesses are paying quite high costs in transactions, taxation, financing and social security. High transaction costs in China are mainly created by institutional hurdles. Reforming the supply side will reduce costs and make it easier for enterprises to do business. It will encourage business innovation, boost quality and efficiency of the supply system, and improve the supply structure. Eventually, supply side reform will lead to higher productivity of the economy and improve enterprises’ competitiveness.

Does the idea mean China will reduce its reliance on investment, consumption and exports for growth, as well as fiscal and monetary stimulus policies?

There has been no change on official expressions regarding monetary and fiscal policies. And no one has denied the role of the troika of economic growth, namely investment, consumption and exports. The fifth plenum of the Communist Party’s 18th Central Committee again mentioned the role of the three. So emphasizing the supply side doesn’t mean giving up the consumption side.

For the 13th five-year period, from 2016 to 2020, investment, consumption and exports will continue their functions. But more attention will be paid to the effects of investment, while people’s consumption will upgrade through innovation on the supply side. Competitiveness will be more important for export goods. For the next five years, the room for growth driven by traditional forces will be extended through reforms to the supply side.

The Central Leading Group for Financial and Economic Affairs mentioned reducing the inventory of property as part of supply side reform efforts. What is your take on this?

The key step is to help migrant workers in cities to settle down through household registration reforms, thus creating more demand for housing and reducing excess inventory of property. The mega cities of Beijing, Shanghai and Guangzhou are suffering from population pressure, so they have strengthened controls on population growth. But there are many other big and medium-sized cities with little population pressure that should enhance efforts on household registration reforms. But those efforts have been inadequate.

People are more willing to go to big cities rather than smaller ones. What should small cities do to change their minds?

Smaller cities need to work on improving their attractiveness to talents and gather resources for development. They need to improve their education, medical care and other public services, while creating more open and tolerant business environments. Talent is usually attracted to big cities because of their tolerance. Many small cities have very good infrastructure now, but what they need is better environment for investment and business.

The leading group also highlighted the need to prevent financial risks while forming a healthier stock market. What’s your opinion of this?

With the perpetual suspension of initial public offerings, the capital market is unable to provide fundraising for the real economy. The capital market needs to be stable and consistent to ensure it provides this function. This needs to be achieved through supply side reform. Without a sound stock market, it will be difficult for companies to raise money directly from the market and force them to turn to borrowing, pushing up the leverage ratio. The resumption of IPOs and the planned reform of the IPO approval system are measures that would improve companies’ direct financing channels.

Xi mentioned reducing companies’ costs when talking about supply side reform. Will companies’ tax burdens be reduced over the next five years?

The taxation structure has some problems because more taxes are imposed on companies than individuals. A general view of taxation experts is that the total tax burden is not high, but the part levied on firms is. Future reform of the taxation system will focus on structural adjustments, increasing direct taxes while cutting indirect ones. It is complicated, systematic work but it should be done. It will be difficult for companies to improve their competitiveness under a heavy tax burden.

What is the theoretical foundation for supply side reform? How do we create demand through it?

Supply-side economics emphasizes deregulation on the supply side and cutting taxes. It was adopted in Western countries by leaders such as Margaret Thatcher, who pushed forward privatization in Britain. In China, most experts are talking about new supply-side economics that include some Chinese features. China started to expand domestic consumption in 1998 as a long-term strategy of the central government. There is no new theoretical framework. People will support reform from the supply side when they realize that the traditional way of expanding consumption will have a negative impact on the economy in the long run.