Zhang Zhixin: The Woman who took on the 'Gang of Four' 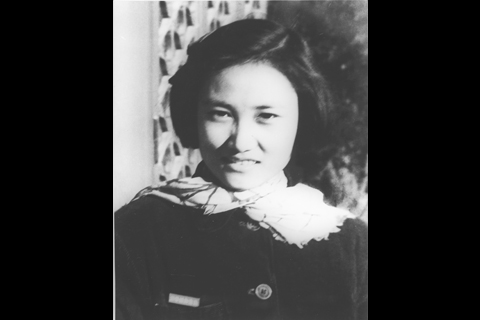 Next year marks the 50th anniversary of the start of the Cultural Revolution (1966-76). The desire not to dwell on that tumultuous decade, after half a century has passed, is understandable, but the failure to reflect on its impact, offer a full and factual account of how and why it occurred, and take steps to ensure that the nation – especially its youth – have truly absorbed the lessons of those tragic years raises concerns. Indeed, it is dangerous.

The biggest risk is that history forgotten will become history repeated. It is for this reason that the writer Ba Jin (1904-2005) called for the establishment of a museum dedicated to the Cultural Revolution period back in 1986. "To build a museum for the Cultural Revolution," Ba wrote, "is not the business of any one person in particular. It is the responsibility of all to build one so our descendants, generation after generation, will learn the painful lessons of these ten years. 'Let history not be repeated' must not be an empty phrase."

The museum Ba called for is yet to be built, although several small museums have opened in out-of-the-way places. Memories from that troubled era continue to fade, while the space devoted to it in mainstream media and educational textbooks shrink over time. Writing in the New York Times in 2014, novelist Yu Hua said "since efforts to confront the Cultural Revolution have so long been stifled, people born since then have no idea of what happened. To these young people, the Cultural Revolution seems to have been nothing more than one huge party."

But the once widely propagated story of Zhang Zhixin, that "good daughter of the Communist Party" who was tortured and killed for daring to question the cult of Mao, sheds light on the violence and paranoia that gripped society in those troubled times.

Zhang's story is instructive because she was an ordinary cadre who was victimized by the politics of the era in the most extreme manner possible – and then posthumously "rehabilitated," declared a martyr, and used as a poster child in later campaigns to criticize the "Gang of Four," the alleged architects of the Cultural Revolution. Once that purpose had been served, further investigation into what had really happened to her was stopped. Slowly, but surely, she like the Cultural Revolution itself has faded from public discourse.

Zhang was born in Tianjin in 1930 into a musical family of seven brothers and sisters. She attended Hebei Teacher's College and joined the People's Volunteers Army during the war in Korea. She was picked to study at a military cadre school and then sent to Renmin University to study Russian. Upon completing her studies, she was assigned to work in the school's library. In 1955 she married a colleague, Zeng Zhen, and joined the party. Two years later, the couple was transferred to Shenyang, in the northeastern province of Liaoning, where Zhang worked in the propaganda bureau. The couple had two children, a girl named Lin Lin and a boy named Tong Tong.

In 1969, several years into the Cultural Revolution, Zhang, was sent to one of the May Seventh Cadre Schools, the "re-education camps" that combined hard agricultural labor with the study of Maoism. Zhang took the process seriously – she studied, but also spoke her mind. She aired her view that after the Great Leap Forward, Chairman Mao's "scientific attitude grew weak, his sense of modesty diminished and his democratic style of work also weakened." She defended senior party officials Peng Dehuai and Liu Shaoqi, who had been purged by Mao. She criticized Mao's then-right hand man, Lin Biao, accusing him of being too leftist. And she criticized Mao's wife, Jiang Qing, charging that she was ruining China's arts and had her own problems that ought to be exposed. Obviously none of this sat well with authorities – especially since Mao's own nephew, Mao Yuanxin, ran Liaoning.

Zhang was arrested on September 18, 1969. Had she acknowledged her errors, she would likely have served a few years in a labor camp – but she refused to recant. "You should not force me to deny what I think is right," she said. "It is impossible for me to surrender. It is better to live with honesty than with flattery… Whatever happens, I'll remember I'm a Communist Party member and keep in mind the virtues of justice, truth and honesty." She continued to write down her thoughts on toilet paper and in letters that she sent to her daughter and son. In 1970, she was sentenced to death, but the term was commuted to life imprisonment. However, the circumstances of her incarceration worsened. Accounts that were later published say that she underwent torture, prolonged solitary confinement in a space so small she couldn't stand up and repeated rape by multiple prison guards.

In 1973 she was forced to participate in the "Criticize Lin Biao and Confucius campaign", which criticized Mao's inner circle. But Zhang used the opportunity to say that the real source of extreme rightism was Mao himself. She was accused of being a counterrevolutionary and of committing new crimes. She was again sentenced to death in February 1975. Some prison authorities apparently objected, saying that she had gone mad. Indeed, Zhang had reportedly taken to smearing herself with her own excrement to stave off her rapists. But these objections were shot down. "Every day she lives she becomes more counterrevolutionary," came the order from the top. "Let's kill her and have it over with."

In preparation for the execution, the prison doctor slit Zhang's larynx so she couldn't cry out her loyalty to the party before dying. On the morning of April 4, 1975, close to the tail end of the Cultural Revolution, she was paraded before her fellow inmates and then executed.

After the Cultural Revolution ended, Zhang's relatives began petitioning for her rehabilitation. Liaoning party secretary Ren Zhongyi granted permission and declared her a "revolutionary martyr." On March 31, 1979, the provincial paper published a long story "Devoting Her Life for the Truth." It received major nationwide publicity when Hu Yaobang, who ran the party's personnel department, authorized its republication in People's Daily. In later months, Guangming Daily published dozens of articles about Zhang Zhixin and her fate. The New York Times, in July 1979, called it an "emotional campaign" and linked it to the impending resignation of Mao's designated successor Hua Guofeng. The Taiwan Journal, in an article headlined "Dead cadre in service again," opined that if Zhang "really had said so much about Lin Biao, Jiang Qing etc., who represented the party itself at the time, she must be regarded as a prophet." Famous poet Ai Qing penned a poem about Zhang called "Hush, A Voice is Speaking:"

In order to gag my mouth

So that I won't cry out to the world

You raise your vicious hand

As if slitting a chicken you slit my throat...

One day the people will speak out for me

One day the people will make images of me

One day the people will write music for me

One day the people will sing songs for me.

Zhang's tombstone was engraved with an inscription written by her mother: "A pursuer of truth, and more important, a follower, whose body is no longer on the earth, but whose spirit lives on."

In order for Zhang's spirit to continue living on, her life, and the calamitous political campaign that took it, needs to be remembered.