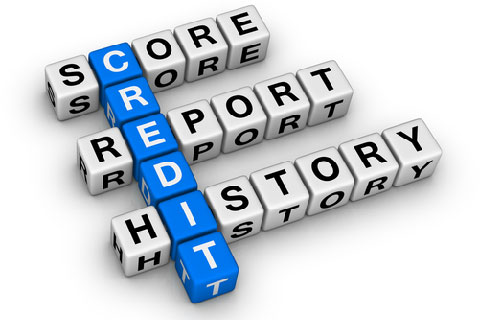 (Beijing) – Consumer credit rating services are moving into the financial system mainstream in China, but questions about privacy protection and Internet data mining are popping up like rocks in the water.

The People's Bank of China was expected to issue operating licenses in December to eight rating agencies including affiliates of Alibaba Group and Tencent, sources who requested anonymity told Caixin. Some applicants have already opened for business on a limited scale.

While reviewing these applications, central bank officials have written guidelines for the emerging industry. They hope to get the credit rating industry off to a good start with the right amount of supervision.

The guidelines, which have been issued recently, cover credit scoring and reporting procedures, and include a requirement that every licensee make a security deposit with the central bank that's equal to 10 percent of the firm's registered capital, the sources said.

The guidelines also set standards for protecting private financial records by, for example, spelling out how rating firms can and cannot gather and use a consumer's credit records.

Putting these standards on paper would mark major progress for consumer protection in China, which currently has no laws that specifically address privacy issues in the financial services sector.

The State Council, China's cabinet, clearly stipulated in the credit scoring industry regulations passed in 2013 that personal finance data cannot be accessed without permission for a consumer or business. These rules, although stricter than those in many other countries around the world, were never fully implemented, industry sources told Caixin.

"There should be an institutional arrangement clearly setting the boundaries for personal information collection, especially in the online personal credit scoring sector," Wang told Caixin. "Otherwise, risks linked to information gathering may lead to a system-wide crisis."

Each firm already provides credit-related data products. For instance, Sesame offers credit scores to users of the Alibaba e-commerce payment service Alipay. Each score is based on mined data from Alibaba's shopping websites, banks and companies that agree to share information with Sesame.

Lakala and Sinoway also reportedly collect and share credit scores from car rental and real estate developer businesses with which they cooperate.

Each license applicant with the exception of Pengyuan, CCX and Intellicredit are in the lending business either directly or through affiliates.

A 10-year-old central bank service called Credit Reference Center (CRC), which has been selling consumer and business credit reports since 2010, is also likely to receive a license to operate a credit rating service, sources told Caixin.

The CRC was established in 2006 as a central bank subsidiary to manage the credit information system. A reform to transform the institution into market-oriented operations was started in 2010 and experts said a business license will enable the CRC to become a market player that can compete with its private rivals.

So far, the central bank hasn't set a limit on the number of licenses that it plans to issue, Yang Ziqiang, an assistant to central bank Gov. Zhou Xiaochuan, said October 26 at a credit industry forum in Xi'an. But officials will "strictly apply regulations" and "avoid issuing too many licenses," he said.

Indeed, the central bank has long functioned as the gatekeeper for the nation's consumer credit information, including loan and bank account data. But most of this information revolves around only basic financial inquiries. And not included in the central bank's database are records from the estimated 500 million Chinese who have never borrowed from a bank, according to the central bank.

China's credit rating system stands in contrast with those in many countries through which non-government entities offer credit scoring and financial information products based on consumer lending and spending data. In the United States, the credit scoring market is dominated by three firms – Equifax, Experian and TransUnion – but also includes many small credit information providers offering a variety of products.

Moreover, China's emerging credit data system has got a strong foothold in the Internet-based commerce and finance sector, which includes powerhouses such as Alibaba and Tencent. These companies have spent years collecting client data that could be used in the credit scoring process. The 2013 State Council decision gave these companies permission to expand into the field of consumer data sales.

But Internet data mining has raised questions, since traditional credit scoring is based on borrowing and repayment records. Internet firms say they can use new, data analyzing techniques as a basis for scoring a consumer's credit worthiness. This data mining can tap unconventional sources of personal data, for example, such as social networks and online transaction records.

"Credit scoring companies are mainly data processing companies that provide a variety of data fragments," said an expert from the China Micro-Credit Companies Association who asked not to be named. The association represents micro loan companies. Small lenders who obtain this data "need to sort it out by themselves" even though the "data has little to do with lending, so small loan companies can't use it directly."

In fact, according to a credit business expert who asked not to be named, the collective value of credit scores generated by the eight firms currently awaiting central bank licenses will be limited, since some of the data they'll use for scoring will not have a strong basis in lending. A large percentage of all lending activity records that describe repayment activities, personal income and liability ratios are controlled by banks and thus difficult to access, sources said.

Tony Hadley, Experian's vice president for government affairs, said the most important task for a credit scoring firm is that it obtains – by any technological means – accurate data that lenders can use. Wu Xiaohui, general manager of FICO China, a U.S. credit scoring company, agrees.

"There is a misunderstanding in China that all personal information related to credit can be used for credit scoring. This confuses social credit and credit scoring," said Wu. "At the core of the credit scoring business is lending."

Although data mining technologies can help firms do the work of credit scoring, central bank's Yang said that "compared to banking data, online activity data is more complicated, and some institutions lack the technology to process the information and ensure accuracy."

Li Siwei, head of research at the Joint Credit Information Center in Taiwan, a credit rating agency, said his organization will not accept social networking and online shopping information as a basis for rating a consumer's credit-worthiness. Such data is rejected due to trust and accuracy concerns, he said.

"I have a lot of friends and do lots of online shopping," Lin said. "But that doesn't mean I have good credit."

Concerns over privacy issues are also looming large. A staff member at a small-loan company said that although his firm has the ability to access consumer credit data through a partnership with Alibaba's Sesame, he feels unsettled about peering into a consumer's life.

Internet companies that access and sell personal data may be invading privacy in ways that would be impossible for companies that are more strictly regulated, such as telecoms and banks, said Wang Xinrui, a lawyer at the Beijing-based law firm Anli Partners.

Internet-based credit scoring companies are also facing questions about whether they should be selling the data they've collected from retail and social network customers.

The China Micro-credit expert thinks third-party institutions should handle all credit scoring to prevent conflicts of interest. FICO's Chen agreed: "The use of independent and impartial third parties is a core issue in the bid to improve China's credit scoring system."