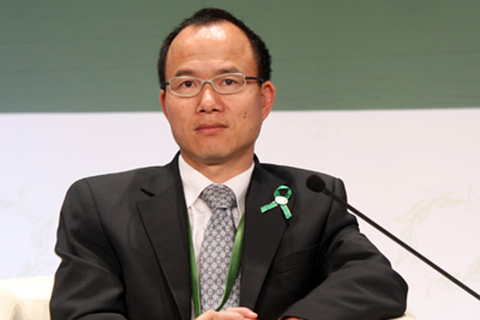 (Beijing) – China's largest private-sector conglomerate Fosun Group has been unable to contact its chairman Guo Guangchang since noon on December 10, sources with knowledge of the matter told Caixin.

The development comes amid speculation that he has been put under investigation for graft.

Executives of the company last contacted Guo in Shanghai, the sources said.

Messages surfaced on several social media sites in the afternoon, claiming that Guo was seen being escorted by police at an airport in Shanghai. It is unclear whether Police had taken him away for questioning or had detained him as a suspect.

Caixin has also not been able to reach Guo because his phone was powered off.

Guo, 48, has repeatedly refuted claims that he was subject to a graft investigation since late 2013.

In August, however, a Shanghai court found Guo had inappropriate connections to Wang Zongnan, who was sentenced to 18 years in jail for misusing 195 million yuan in corporate funds when he led several state-backed enterprises.

"Wang had taken advantage of the authority that came with his job to seek benefits for Fosun Group," the court filing said. And in return, it said, Guo sold two villas, valued at 4.77 million yuan at the time, to Wang's parents for 2.08 million yuan in 2003.

Fosun quickly issued a statement denying it had received any illegal benefits from its cooperation with the companies Wang headed. It also said the price Guo quoted when selling the villas fell within the normal range of discounts offered by property developers.

The conglomerate Guo co-founded and managed operates in several industries including real estate, mining, retail and investment. In the past few years, it has quickly expanded into the financial sector, acquiring insurers and other companies in the United States, Europe and Southeast Asia.

In 2014, it went ahead with on three big acquisitions: U.S. insurance companies Meadowbrook Insurance Group, which cost US$ 433 million and U.S. Ironshore that was priced at US$ 464 million; and Portugal's largest insurer, Caixa Seguros, which was bought for 1 billion euro.

Financial records from the company show Fosun owned a combined 113 billion yuan in insurance assets as of December 2014, accounting for about 35 percent of the empire's total assets.

Fosun made much of its money by investing earnings from insurance premiums, people familiar with the company said.

Guo owns 45.84 percent of Fosun International Ltd., a Hong Kong-listed subsidiary of Fosun Group. He also holds shares in a number of other companies.

Forbes ranked Guo the 11th wealthiest person on its China Rich List 2015 with US$ 6.9 billion in net worth.