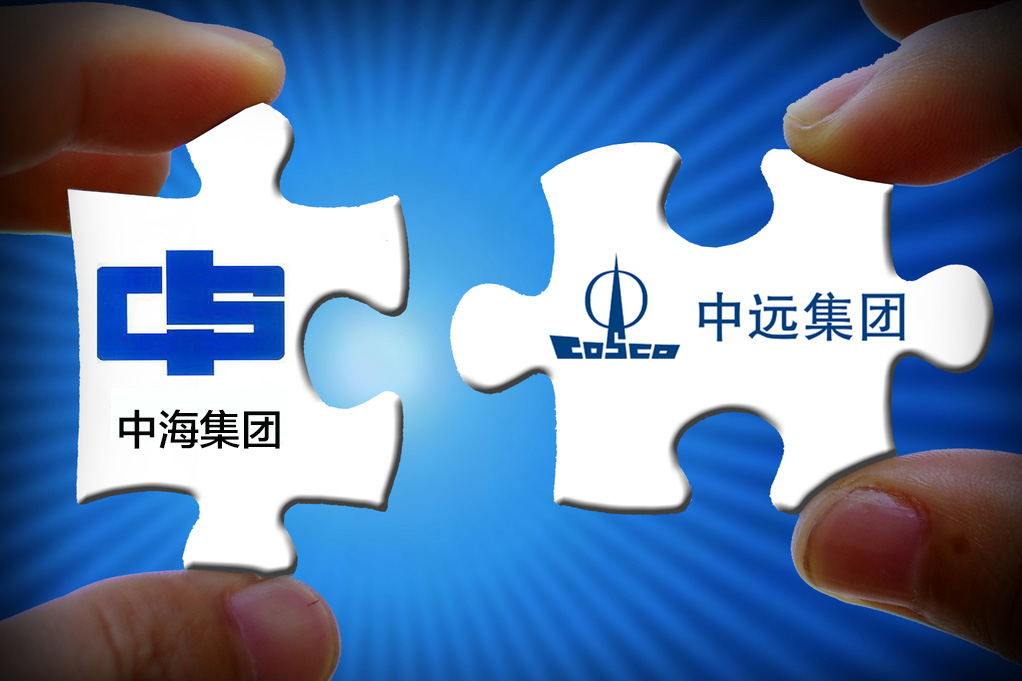 (Beijing) - The State Council has given the go-ahead for China's two largest shipping conglomerates to merge, continuing a trend in the industry to trim down state-owned enterprises, an executive at one of the firms said.

The China Ocean Shipping Co. (COSCO Group) and China Shipping Group Co. have been working on a deal since August. The listed subsidiaries of the two firms are expected to make separate statements on their next step on December 11, the executive said.

"It will be messy for these state-owned giants to consolidate," said Jiang Ming, an analyst from Essence Securities, "but if they don't, they will face more difficulties."

A five-member working group headed by China Shipping chairman Xu Lirong has been set up for implementing the merger plan, the executive said. The new entity to be headquartered in Shanghai will be called China COSCO Shipping Group.

A merger between the two companies could contribute bigger economies of scale to compete with foreign companies, said Jiang, and help government plans to cut losses at state firms.

The two company's listed units suspended the trading of shares in August in preparation for the merger.

The firms were initially given three months to finalize their plans, an executive, who declined to be named, said, but there were several complications that led to a delay.

The State Council has looked into several draft plans including a proposal to set up a parent investment management company that would overlook new subsidiaries, which specialized in domestic cargo handling and the container shipping businesses in Asia.

Liu Jun, deputy editor of Shipping Exchange Bulletin, a shipping publication affiliated to the Shanghai Shipping Exchange, said China Shipping Group will be transformed into a financing company for the industry and made to hand over all its shipping assets to COSCO. The merger will be extremely complicated, Liu said, and will involve the integration of sales networks, reorganizing of shipping routes and the transfer of assets owned at domestic and foreign ports.