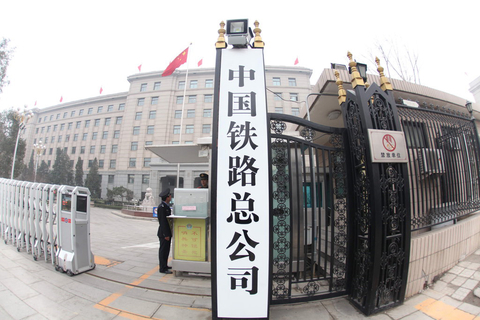 (Beijing) – Around 40 temporary workers of China Railway Corp. (CRC) demonstrated in front of the corporation's headquarters in Beijing on December 9, demanding equal pay.

Workers traveled from the Xi'an Railway Bureau, a CRC branch in northwest China's Shannxi province, where they have been working as temporary employees for more than two decades, for the protest.

It is a common practice in state-owned enterprises to recruit temporary workers through subcontracting agents. Their workload is similar to that of regular employees, but for a lesser pay.

The Xi'an branch started renewing contracts of temporary workers, but they are worried their contracts would be terminated if they demand for equal pay as permanent staff.

Similar sit-ins have been staged at different branches of the CRC across the country since early November, all related to salary issues.

The CRC announced plans in early 2015 to raise salaries for all employees, but local branches have failed to act on it. Several railway workers from other branches said their salaries have been slashed by 500 yuan to 1500 yuan each month.

In November, around 30 workers from Chengde and 40 from Shijiazhuang, two cities in the central province of Hebei, demonstrated in front of the Beijing Railway Bureau. Protests also flared up in the northern province of Inner Mongolia and the northeastern provinces of Heilongjiang and Liaoning.

CRC lost 9.4 billion yuan over the first three quarters of 2015, a steep 174 percent drop from the same period in the previous year, data from the company show. Cargo services, its major source of revenue, has taken a hit since 2013.

The rail operator has started selling ad space on train tickets to shore up earnings, but analysts are pessimistic about the company's financial health. As investors start to redeem bonds from the company between 2016 and 2018, it will face a revenue shortfall, a research report from Industrial Securities Co., Ltd. said.