China's Disruptors: How Big Business has Thrived Despite Murky Laws and the Party 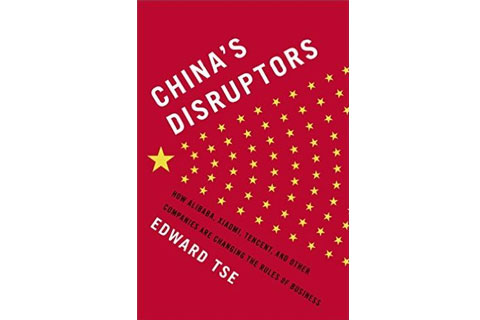 "Countries don't transform themselves — transformations are wrought by people."

This phrase from the second paragraph of Tse's book, in his Author's Note, captures the essence of his book, and reality, rather well. We've read endless praises over the past few decades that "China has accomplished [fill in the blank]" or "the Party has achieved [same]."

This is mostly arrant nonsense. The breathtaking, millennial-level rise of China from the ashes of the insanity and evil of the Mao years has come from three sources: the mainland Chinese people themselves; foreign direct investment on a scale the world had never seen before; a remarkable and laudable willingness of the Communist Party of China (CPC) since the Deng era to simply get out of the way, and let the first two elements carry on. Tse cites research in the 2014 Markets Over Mao, by old China hand Nicholas Lardy, which asserts that almost all the growth in urban employment in China since 1978 has been down to the private sector.

Tse leads with descriptions of the now mythical ascents of Haier's Zhang Ruimin and Alibaba's Jack Ma and the companies they head, as touchstones for China's rapid development since the 1980s. Readers may consider the comparison with post Soviet Union Russia, where the transformation from the 1970s gray and gritty Orwellian dystopia hasn't turned out so well. The CPC's relinquishment has, in relative terms, been spectacular in its scope and achievements. China has gone from a country where, in 1981, the danwei or the "work groups" that were the execution arms of the Party, controlled every aspect of people's lives – where they slept, whom they married, even requiring visible proof of women's menstruation to ensure that the women were not pregnant and therefore complying with the newly-instituted one-child policy – to the point where Shanghai now sometimes seems more laissez-faire capitalistic than San Francisco.

China's Disruptors looks at companies like Alibaba, Baidu and Tencent (a trio commonly referred to as BAT in China) and many others to illuminate paths to business success, often disruptive. Tse's assertions about the importance of localization and developing domestic leaders and local autonomy are commonplaces in business literature. These concepts have been bolstered not only by the success of the home team heroes like the BAT, but also by the examples of Carrefour and Yum's KFC. One chapter in the book offers a handy précis of such prescriptions for success. They are ideas that have been proven valid, but are far too often ignored by overseas headquarters. Tse's cites fresh examples, often from 2014.

The great unanswered question about China's supernova business successes, such as Jack Ma, Robin Li, Pony Ma and others profiled in the book, is to what degree we know about them, and rather too often worship them, because of the public perception that they born with some genetic predisposition toward business success. Perhaps they are merely examples of '"pluck and luck", a phrase made popular at the turn of the 20th century in the United States via a massively popular dime novel slapped together by one Frank Tousey, ripping off famous Horatio Alger, who had died just in time to be unable to prosecute any claim of IP theft.

Or have these business rock stars all over the world, become billionaires in the same way that only a very few pachinko balls pop into the jackpot hole, after bouncing randomly off a host of pins on the way down? The Chinese version of this idea may be the oft-quoted "crossing the river by feeling for stones", which Tse reminds us was Deng Xiaoping's catchphrase for his approach to economic reform. Many who attempt such crossings are swept away by capricious currents. Are the successful ones merely the accidental survivors of a brutal process of random selection?

As long as an economy's business culture is not overwrought with the need to have connections or outright extortion, we can benefit from studying business organisms that thrive in its socioeconomic pond. Much of what Tse outlines in China's Disruptors gives us valuable perspectives.

John D. Van Fleet is Assistant Dean for the USC-SJTU Global Executive MBA in Shanghai. His book, Tales of Old Tokyo, a romp through the city's history from 1853 to 1964, has just come out

Reprinted with permission from The Asian Review of Books.