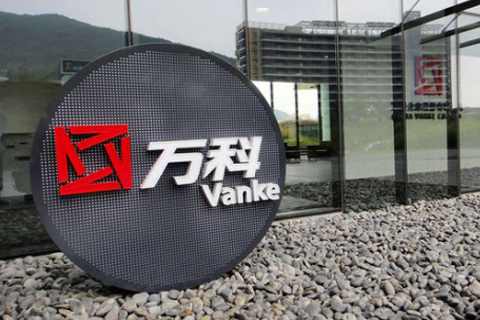 (Beijing) – Most of the capital that Baoneng Group has used and plans to use to take control of China's largest property developer came from bank wealth management products funneled through a complex and highly leveraged arrangement that analysts say is risky.

A recent showdown between Baoneng and the management of China Vanke Co., the country's largest residential property developer by sales, has captured broad attention. Wang Shi, Vanke's founder and chairman, waged a battle against Baoneng, trying to thwart what he said was a hostile takeover by a firm that lacks "credibility" and relies on questionable means to finance the acquisition.

Baoneng recently became Vanke's biggest shareholder, surpassing China Resources Co., through a series of purchases by its subsidiaries, Shenzhen Jushenghua Co. and Foresea Life Insurance Co., over the past few weeks. Wang has counted on China Resources as an investment ally for 15 years.

Jushenghua and Foresea Life Insurance, which is 51 percent owned by Jushenghua, hold 23.52 percent of Vanke's shares as of December 18. China Resources was No. 2, at 15.29 percent.

Vanke suspended the trading of its shares in Shenzhen and Hong Kong on December 18, saying it would restructure its assets. The suspension may last at least three months, sources close to the company told Caixin.

Baoneng has prepared more capital to increase its holdings, and at least 13.3 billion yuan came from wealth management products operated by China Zheshang Bank, an investigation by Caixin has found.

At the center of the scheme is a 20 billion yuan privately offered fund established in November by Jushenghua and an asset management vehicle launched by Huafu Securities, commercial registration documents show.

The fund was designed to exist for seven years and pays Huafu Securities fixed annual interest rates – which made it a lender more than an equity investor – from 8 to 17 percent, the sources close to Zheshang Bank said.

The fund was created to finance a capital injection into Jushenghua, pay for its plan to increase its holdings in Foresea Life Insurance and buy listed companies' shares in the secondary market, a document bearing the corporate stampts of Baoneng and Huafu Securities that Caixin reporters have examined shows.

A closer look at the fund's purposes indicates that the Baoneng group contributed only a net 1 billion yuan into the fund, because 5.7 billion of its original 6.7 billion yuan investment has circled back to itself after Jushenghua increased its stake in Foresea Life Insurance to 51 percent.

"The bank has issued a credit card worth more than 13 billion yuan to Yao Zhenhua," said an analyst with knowledge of the fund. Yao is Baoneng's owner and chairman.

An arrangement like this is highly unusual and means "huge risk exposure" for the bank, several bankers and analysts familiar with the situation said.

Of the 8.2 billion yuan the fund has earmarked for an investment in a listed company, about 7 billion had been spent on purchasing Vanke's shares in the Shenzhen stock exchange, a source close to Zheshang Bank's management team said.

Zheshang Bank told Caixin on December 23 that its wealth management program invested 13.29 billion yuan into the fund through Huafu Securities. But it said the fund manager agreed not to use the money for secondary-market stock purchases. The document Caixin has seen does not include this agreement.

In practice, however, capital from different investors is pooled together into one account, so during operations a managing firm does not necessarily know whose money it is investing, several private fund managers said.

Linking Zheshang Bank and the fund is a six-month old investment firm that sources say is controlled by the bank. The investment firm, whose name translates as Zhejiang Zheyin Capital Management Co., was established in June with trust firm Minmetals International Trust Co. as a major shareholder.

People close to Zheshang Bank said the lender channeled capital from its wealth management products to Minmetals, which holds stake in Zheyin Capital. Through maneuvering that they did not explain, the capital ended up with Huafu Securities.

Caixin has not found any documents suggesting Zheshang Bank directly owns any equity in Zheyin Capital, but the latter's former and current legal person/chairman/general manager are both executives at the bank.

Zheshang Bank does not disclose who bought its wealth management products and where the capital went.

The missing pieces are a reason for doubt, critics say.

Given that more than 13 billion yuan is at stake, "the risk exposure (for the bank) is too great," a senior financial analyst said. "Either Zheshang Bank did not know or verify the purpose of the 20 billion yuan fund," he said, or its wealth management products were only a facade designed to mask the real source of the investment.

There is also concern that Jushenghua used the capital from Zheshang Bank to help finance its other arrangements aimed at acquiring Vanke.

Publicly available documents show that Jushenghua contributed a combined 7.25 billion yuan to seven asset management programs it created with several banks in November and December to buy Vanke shares. The banks contributed twice the amount of capital into the programs and will be repaid before Jushenghua, which means the latter is more exposed to loss.

The programs were designed so that they must be liquidated when the value of their stock portfolio falls by one-fifth.

Jushenghua said in a December 15 filing with the Shenzhen bourse that only one-third of its contributions to the seven programs involved its own capital. It did not say where the remainder came from.

If the rest of the capital came from Zheshang Bank, the lender has put itself in a precarious spot, a banker familiar with the situation said. Normally, banks would not bet their wealth management capital on a company that would be the first to take a loss, he said. "It is just too risky."

Meanwhile, Vanke has forged an alliance with Anbang Insurance. Through subsidiaries, Anbang Insurance have increased its holdings in Vanke to 6.18 percent and is now its third-biggest shareholder.

The firms issued separate announcements late on December 23 saying they will cooperate. The developer welcomed the insurer as an "important shareholder," and Anbang said it wanted Vanke's management and operating style to remain stable.

Earlier in the day, the developer released a statement to say it does not welcome Baoneng because "its culture and operating style are incompatible with Vanke's."

"We have no confidence that we can persuade the 'Baoneng group' from changing Vanke's culture and operating style, if it gets to control the company," the statement says. "We lost the confidence gradually while communicating with it."

China Resources, Anbang Insurance and a company representing Vanke's top executives including Wang combined own 25.61 percent of the developer.

Baoneng Group was established in the southern city of Shenzhen in 1992. Its operations range from property development and logistics management to tourism and financial investment.