Crackdown on Surrogacy 'to Continue' Even as Ban Idea Dropped 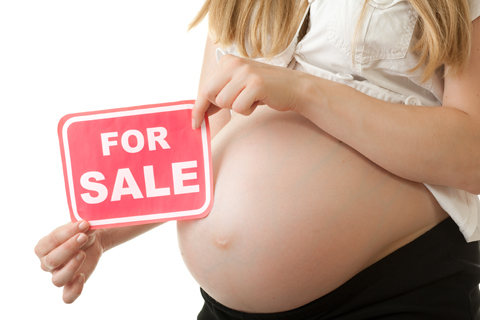 (Beijing) – The government will continue cracking down on surrogacy even though lawmakers recently decided not to pursue a legal ban on the service or trade in sperm and eggs, a senior health official says.

The committee that runs the National People's Congress, the country's legislature, between its full meetings passed a revision of the 2001 Population and Family Planning Law on December 28 that formalized a decision the ruling Communist Party made in October to allow couples to have two children.

The legal amendment, which will come into effect at the beginning of 2016, does not include a clause in a draft revision that made couples paying another woman to bear a child for them illegal.

However, Zhang Chunsheng, a department head at the National Health and Family Planning Commission, said surrogacy is still not allowed because of a ban of the service in two central government documents overseeing other infertility treatment technology and sperm banks.

The commission and several other central government agencies are wrapping up a nine-month clampdown on surrogacy at the end of December. The campaign targeted medical facilities providing infertility treatment and media outlets selling related ads.

Zhang, head of the commission's Department of Law and Legislation, said the commission helped draft the revised law and had hoped it would bolster official efforts to fight against surrogacy, but had met with opposition from several lawmakers.

The proposed ban was dropped because lawmakers believe that further public consultation on the complex issue is needed, he said.

Several lawmakers told Caixin that they were worried a ban on surrogacy would limit couples to substandard infertility care and force some to seek expensive treatment overseas.

Lian Jianzhang, a management professor at Peking University, and Huang Wenzheng, a demographer at Johns Hopkins University in the United States, said that authorities need to address the ethical and health issues linked to possible abuse of surrogacy and other infertility services.

However, the attempt to ban it altogether would only force service providers to go underground where regulators could exercise no oversight, they wrote in a commentary on Caixin's Chinese website on December 26.

The amended law again provides this group of people with monthly compensation if they choose to not have another child or are unable to.

The law also dropped a clause that gave couples extra leave for getting married after they reach the age of 23 and provided married women with at least 30 days more maternity leave if they choose to have a baby after age 24.