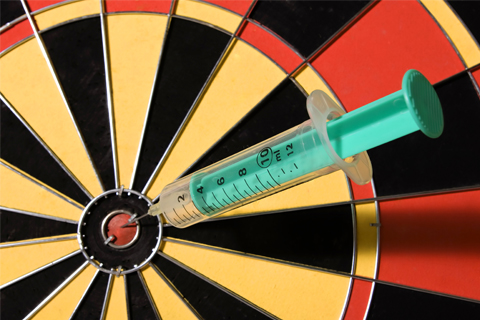 (Beijing) – The Chinese government is powering a homegrown "precision medicine" initiative aimed at improving patient treatment for chronic ailments such as cardiovascular disease, cancer and diabetes.

Officials have declared precision medicine – a customized form of health care based on genome-sequencing technology – as one of the nation's foremost science and technology projects under the 13th Five-Year Plan for the 2016-20 period.

A document published after a March meeting hosted by the Ministry of Science and Technology says the central government plans to spend 20 billion yuan to support precision medicine research by 2030, matching an anticipated 40 billion yuan in private investment. Moreover, the top public health authority, the National Health and Family Planning Commission, is drafting a strategic plan for promoting precision medicine's development nationwide.

Companies that expect to benefit from the initiative include Shenzhen-based BGI Genomics Co., Hangzhou's Berry Genomics Co. and Beijing Biomarker Technologies. Although young, the genetics services sector in the country is already diversifying, with firms staking claims in specialties such as prenatal care and niche services like disease and cancer detection through genetic testing.

The precision medicine movement has also won the attention of Internet and computer companies. In October, the U.S. chip maker Intel Corp. and China's e-commerce leader Alibaba Group Holding Ltd. announced a three-way partnership with BGI. The firms said they will collaborate to build a cloud-based online platform allowing clinics to access genetic data and other precision medicine services.

"Precision medicine requires sharing an individual's genetic data and comparing it to huge amounts of data from similar patients," said Li Yingrui, chief executive of BGI Tech Solution Co., a subsidiary of BGI. Health specialists then use those comparisons "to find differences and similarities to work out precise treatment regimes for individual patients."

China's initiative parallels a similar movement in the United States. In January 2015, U.S. President Barack Obama mentioned the field in his State of the Union address, calling for the government to spend US$ 215 million in fiscal 2016 to support precision medicine and build a national genome register. The effort would be coordinated by the National Cancer Institute and other agencies.

Precision medicine is considered a step up from today's basic approach to medical treatment, which is based on the general idea that "one size fits all." Such an approach to diagnosis and treatment can mean curing some patients but not others.

Many medical experts are particularly excited about precision medicine's role as a powerful tool in the fight against cancer, particularly for its ability to help with early detection. Cancer is now a leading killer in China. A report by the Cancer Hospital of the Chinese Academy of Medical Sciences said an average of six people in the country were diagnosed with cancer every minute in 2015, and five of those six would eventually die of the disease. Many tumor experts blame the nation's high cancer death rates on diagnoses that come too late.

The World Health Organization found that half of all newly diagnosed cancer patients worldwide in 2014 lived in Asia. China saw the biggest increase in cancer patients between 2013 and 2014.

A doctor who tells a patient that he or she is at risk of getting cancer, but does not use genome sequencing, usually offers no more than a "rough probability" diagnosis, said Cai Qiang, the founder of the health care consultancy Beijing Saint Lucia Hospital Management Consulting. But "probability sometimes is meaningless," he said.

"For instance, a 50 percent probability of breast cancer provides little in terms of references" that can help a patient decide whether or how to pursue treatment options, Cai said.

Li agrees that genetic testing can play a key role in precision medicine treatment for cancer patients. "With new technologies, we can accurately catch a tumor's DNA molecules in blood and detect mutations at early stages," he said.

Genome sequencing began in the United States in 1990 with the launch of the Human Genome Project. Scientists from around the world participated in what became a 15-year, US$ 3 billion program that ended with the first comprehensive catalogue of human genetic variations.

Genetic testing costs have fallen dramatically in recent years. Genome sequencing had fallen to about US$ 1,000 per person as of October, from about $100 million in 2001, says the National Human Genome Research Institute, a division of the U.S. government's National Institutes of Health. Sequencing a person's genome can now be completed in only two weeks.

The business is also expected to become more lucrative. A Guolian Securities report said global revenues for genome sequencing services rose to US$ 4.5 billion in 2013 from US$ 7.9 million in 2007. That figure is expected to reach US$ 11.7 billion by 2018.

Companies that could benefit from the precision medicine movement include genetic services providers BGI, Berry and Guangdong Province-based DAAN Gene Co. Experts say companies that find niches in the growing market space will come to stand out.

"Profit margins are low for genome sequencing" companies, said Xu Junpu, chairman of Beijing ACCB Biotech Ltd., a sequencing provider. "The future points to profits in downstream businesses, where the competition will intensify,"

Genome sequencing's core technologies are controlled by a few upstream companies that, for example, make sequencing machines. Most of the world's genome sequencing relies on equipment made by the U.S. firm Illumina Inc., California-based Life Technologies Corp. and Switzerland's Roche Holding, which combine to control about 70 percent of the market, Li said.

"The most profitable part of the genome sequencing market is equipment manufacturing," said Li Tao, investment director at Huaxia Renhe Capital, a venture capital firm. "It will remain the most profitable business for quite some time."

In 2010, BGI bought 128 gene sequencing machines from Illumina. It was the manufacturer's largest order ever, and it helped BGI become the world's largest provider of genome sequencing services. Clients include international research institutions and pharmaceutical companies, the company says.

Like other precision medicine companies, BGI is looking for ways to expand genetic services into other areas of health care. For instance, BGI has rolled out a service that can be used to test a person's ability to tolerate alcohol. Other companies claim they can use sequencing to detect specific talents in a child.

Some medical experts have urged the government to work with companies to build an information-sharing platform and make new rules for the sector. But others argue that the industry should not be forced into sharing information, since a genetic test's impact on a patient can be complicated.

Experts such as Yu Ying, a former emergency room doctor at Peking Union Medical College Hospital and a popular blogger of health care issue, noted that genetic testing may cause adverse effects for people with certain health conditions. "Not everyone is suitable for genome sequencing," she said.

"We have no idea whether a therapy to change a patient's gene with breast cancer risks will trigger Parkinson's disease," said Ketan Paranjape, general manager of Life Sciences and Analytics, Health Strategy and Solutions Group at Intel.

"With advanced technology, we can test a person's genome sequence at a very lost cost," said a genetics expert at Beijing's Tsinghua University who asked not to be named. "But there is still a wide gap between understanding a gene sequence and human life."