Police Catch Suspect in Bus Blaze that Killed 17 in Ningxia 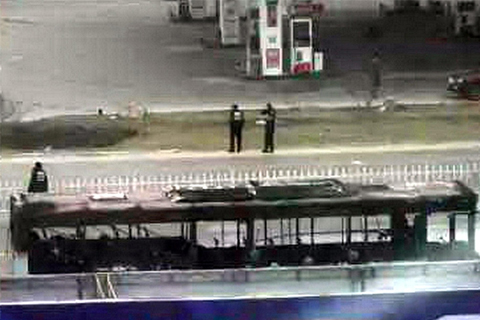 The burned out bus sits on a street in Yinchuan

(Beijing) – Police in the northwestern region of Ningxia have caught a man they say carried out an arson attack on a bus during the morning rush hour on January 5, the official Xinhua News Agency reports.

A fire on a bus in the regional capital of Yinchuan killed at least 17 people and injured more than 30, state-owned China Central Television news reported.