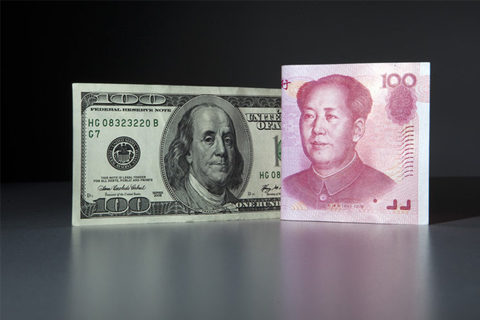 (Beijing) – China is limiting the outflow of yuan funds that multinationals can send out of the country – a move apparently aimed at influencing the exchange rate in offshore markets by tightening supply.

The People's Bank of China told banks providing yuan cash-pooling services for multinational corporations to limit outflows so the firms do not send more funds overseas than they bring in, people with knowledge of the matter said.

The regulator instructed the banks to do so through "window guidance" – a regulatory practice in which the central bank tells financial institutions what to do and expects them to follow the order, even though the requirements are not mandatory, the sources said.

The move is an "obvious attempt to reduce the supply of yuan to international speculators betting on a weaker yuan, increasing their cost" of closing a short position, an official at a regional branch of the central bank said.

This would help narrow the gap between the yuan's onshore and offshore exchange rates, he said.

From January 19, companies whose yuan cash pool showed a net outflow would be restricted from sending money overseas, the regulator said, according to the sources. In addition, those whose net outflow continued to increase would be subject to a punitive reserve requirement on their deposits with the bank.

The yuan cash-pooling service allows multinationals to move capital across borders among their invested companies and affiliates with relative ease compared with other businesses, which still have to follow strict rules. It started out as a pilot in the Shanghai Free Trade Zone in early 2014 and was rolled out nationwide late that year.

The central bank is apparently worried companies would use the service to channel more yuan overseas than their operations needed, one banker said.

The cash-pooling service had faced only limits on net inflows. A person close to the policymakers told Caixin earlier this was because yuan assets were very popular with global investors.

The midpoint fixed by the central bank for onshore exchange rates shows the yuan has depreciated about 7 percent against the U.S. dollar since a policy adjustment in August linked it more closely with market demand. In the offshore market in Hong Kong, the depreciation has been greater.

The central bank has taken a series of measures to stabilize the yuan's value but it does not have direct influence in the offshore market. It affects the offshore market primarily by regulating the liquidity of yuan funds at onshore correspondent banks that serve as links between the mainland and overseas markets.

It has also required the banks to freeze as a reserve part of the yuan funds offshore banks deposited with them, a move that will reduce the amount of yuan in Hong Kong available for lending and push up loan interest rates. The policy goes into effect on January 25 and would also make shorting the yuan more costly.