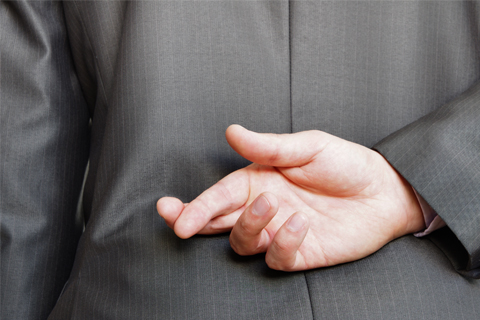 (Beijing) – Two employees at the Beijing branch of the country's third-largest lender by assets, the Agricultural Bank of China (ABC), have been detained by police for allegedly stealing 3.8 billion yuan worth of bills of exchange from the bank's coffers.

They were accused of having sold the bills for cash and using most of the funds to buy stocks, sources with knowledge of the investigation said. Much of the funds funneled into stocks could have been wiped out since the stock market rout in June, the sources said.

The sources did not say when the police detained the suspects or the period during which the alleged fraud took place.

The Ministry of Public Security and the national banking regulator have alerted the State Council, the cabinet, about the probe due to the scale of potential losses, the sources said.

Investigators found the safe used to keep the stolen banker's acceptances –certificates of a payment that a bank has promised to make on behalf of its client in the future – was filled with newspapers, a person close to ABC's Beijing branch said.

One of the suspects is a 32 year old who has been working at the bank for five years; the other joined the bank not long ago, the sources said.

A risk control officer from another bank said he expected the police to identify more ABC employees as suspects who aided the crime because at least four departments were involved in receiving, storing and taking out those bills.

ABC's chairman Liu Shiyu was said to have ordered a temporary suspension of some loan businesses and ordered 10 big provincial branches to reexamine their operations related to bills of exchange, according to an employee of the bank who wished to remain anonymous.

The employee said the bank had carried out several internal probes into its operations over the past year and found that, in the Beijing branch alone, staff had failed to follow proper procedures when handling 7 billion yuan worth of bills of exchange.

He did not say whether those rule violations had resulted in any frauds or led to any losses. It is also unclear whether the 7 billion yuan figure covered the theft.