Smog Problem Spiked in Many Cities in December, Ministry Says 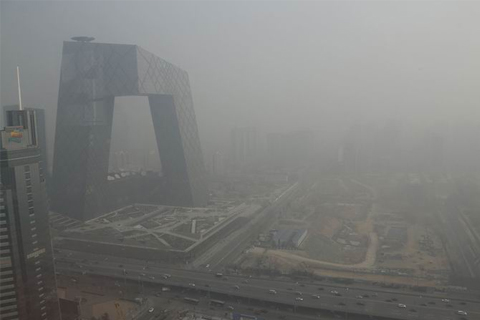 (Beijing) – The air pollution in many of China's cities was worse in December than it was in the same month of 2014, the Ministry of Environmental Protection said on January 25, underscoring the country's persisting problems with smog.

Major indicators of air pollution, such as nitrogen dioxide and PM2.5 – tiny specs of particulate matter in the air that can damage lungs – were all higher in 74 cities in the last month of the year than they were in December 2014, the ministry said in a statement on its website.

The top 10 dirtiest cities were all in northern China, seven of them in Hebei Province. Baoding, a city of 11 million people that is busy with heavy industry, topped the list.

The ministry only released lists of the 10 dirtiest and cleanest cities. Beijing was not on either and it is unclear where it ranked among the 74 cities.

The capital had 13 days in December when the air quality index soared over 200, compared to only two such days in the final month of last year, the ministry said. The government defines anything above 100 as "polluted" or worse.

Beijing's major pollutant in December was PM 2.5, the ministry said, as the amount in one cubic meter of air increased 167 percent from the same month in 2014.

The pollution was so serious in the capital on December 7 that city officials declared a red alert, which required half of cars to stay off the road, schools to close, work at construction projects to halt, and factories to shut or ease production.

The ministry's January 25 statement blamed the smog fouling the air of northern China on burning coal to heat homes and offices in the winter. In 2013, Hebei officials announced plans to cut emissions by promoting so-called clean coal, but locals ignored the policy because the new coal product did not produce enough heat.

The cleanest cities in December 2015 were all south of the Yangtze River in southern provinces such as Hainan and Guangdong, the ministry said.