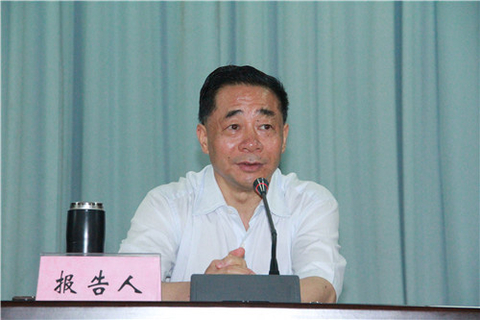 (Beijing) – The former chairman of Changjiang Securities Co. Ltd., who had resigned three weeks ago after being put under investigation by the Communist Party's anti-graft agency, fell to his death on January 26.

Yang Zezhu was being investigated "on suspicion of disciplinary violations for personal reasons," the company said in a statement on January 6. Graft Investigators did not offer further details of the probe.

Police in Wuhan, in the central province of Hubei where the brokerage was based, had found a suicide note left by Yang who fell from a 12th floor apartment,

Cnhubei.com, a local Communist Party-linked news website said. The police did not reveal the content of this note.

Changjiang declined to comment on the incident, saying "Yang is not related to the company anymore."

The last time Yang was seen at work was on January 5, an employee who wished to remain anonymous said.

Yang, 62, did not have any prior experience in the financial services industry when the local government appointed him as party secretary and later chairman of Changjiang in 2013, a biography of Yang on the company's website said.

"Even though he was inexperienced, he came at the right time when the stock market was booming," the employee said. "The company did quite well in the past two years."

Prior to that, Yang served as the director and party secretary of the provincial branch of the State-owned Assets Supervision and Administration Commission, a government organ responsible for managing state-owned enterprises, from 2006 to 2013.

Yang is the second executive of a finance company to allegedly commit suicide since the stock market rout in June. Chen Hongqiao, the president of the state-owned Guosen Securities Co. Ltd., hanged himself in his Shenzhen home in October.

Changjiang is among several brokerages whose officials have been targeted by the anti-corruption campaign. Eleven employees at rival CITIC Securities Co. Ltd. were detained in 2015 for suspected insider trading.