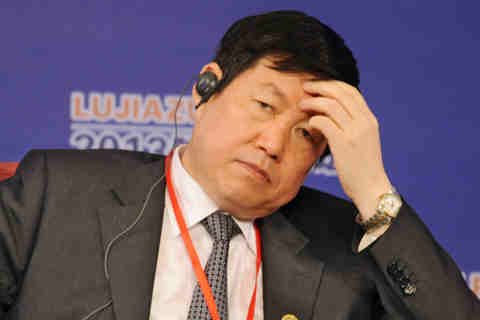 (Beijing) – The Central Commission for Discipline Inspection said on January 29 it is punishing the former head of Agricultural Bank of China (ABC) over "violations of discipline," the Communist Party graft buster's preferred euphemism for corruption.

Zhang Yun, the former president and deputy party secretary of the country's third-largest lender by assets, was being demoted within the party and placed under two years of probation, the CCDI said in a statement on its website.

Probation is the second-most severe punishment after expulsion under the party's constitution. Officials on probation cannot vote at meetings or be promoted.

The bank announced in December that Zhang was resigning from his positions for "personal reasons." He had worked for ABC for 30 years, becoming president in 2009.

It is unclear what Zhang, a 56-year-old born in Weinan, in the northwestern province of Shaanxi, did wrong. However, several people with knowledge of the matter said his downfall is linked to a probe into Xu Tao, the former head of the bank's operations in the southern city of Shenzhen.

Xu was detained on the suspicion of taking bribes in May, the country's top prosecutors said.

Also, Yang Kun, another disgraced former vice president of ABC, testified about alleged wrongdoing by Zhang during his trial in the eastern city of Nanjing in February last year, a person close to the bank said. Yang was found guilty of accepting bribes and sentenced to life in jail.

The Beijing-based lender has had other problems recently. Two employees were detained by police for allegedly stealing 3.8 billion yuan worth of bills of exchange from it, people familiar with the investigation into that matter said. The problem is so serious that the Ministry of Public Security and the banking regulator alerted the State Council about it, the sources said.