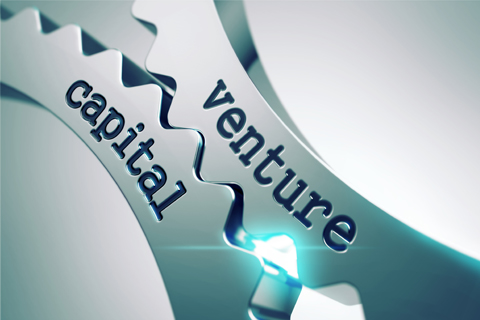 (Beijing) – A Silicon Valley-based venture capital firm that was an early entrant in China says it will continue to bet on Internet- and mobile technology-driven businesses in the country, despite concerns that market turmoil will affect private fundraising this year.

GGV Capital, an early backer of e-commerce giant Alibaba Group Holding Ltd., has invested in more than 50 start-ups in the country over the past 15 years. Despite concerns that some Internet-related businesses, such as online-to-offline service providers and mobile application developers, have been overvalued by investors, creating the risk of a bubble, Hans Tung, a managing partner of GGV Capital, said he is still optimistic about investing in China's mobile Internet companies.

"We believe the focus of the next 10 years will be the mobile Internet sector in China," he said. "A boom in this area will come soon. If we fail to grab opportunities in the next three to five years, there will be fewer breaks after other players flood the market."

"China is becoming more and more important," Jixun Foo, a partner at GGV Capital, said. "When we started investing in 2000, 70 percent of GGV Capital's portfolio was allocated to the U.S. market, but now nearly 70 percent of the company's investment is in China."

Official statistics show that 3.65 million new companies were established in the country 2014, and the number of venture capital firms rose to 2,000, almost double the number in 2010.

In 2015, Forbes magazine listed Tung, Foo, and another partner at GGV Capital, Jenny Lee, among the world's top 100 best venture capital investors. The magazine also names GGV Capital as the second most successful VC firm after Sequoia Capital, which is known for big-ticket tech investments.

"Forbes examined the performance of the investment portfolio of the companies for the five years between 2010 and 2014," said Lee. "As many start-ups' have matured, the overall investment (of GGV) is very successful."

The size of the fund managed by GGV Capital increased from US$ 161 million to US$ 2.6 billion from 2005 to 2012. The company's portfolio includes 19 listed companies, such as Alibaba, Qunar.com, the video sharing platform Youku Tudou Inc., and the fast growing e-commerce start-ups meilishuo.com, a website that helps users find personalized clothing, accessories and skin care products, and xiaohongshu.com, which sells imported goods.

China opened to foreign venture capital firms in 1992, and U.S.-based Pacific Technology Venture Fund, which was later renamed IDG Ventures, was one of the first to come in. In the following years, international VC firms struggled with restrictions on foreign investors and found it difficult to exit an investment.

Conditions improved in 1999 when the State Council, the cabinet, announced policies including tax breaks to encourage venture capital firms to invest in tech companies. Originally named Granite Global Ventures, GGV Capital started hunting for investments in China shortly after it launched in 2000.

The company's first big break came in 2003, when it invested US$ 8 million in Alibaba during the company's second round of fundraising. GGV Capital's founding partner, Thomas Ng, had put money into Alibaba in 1999, when the company was still operating out of an apartment in the eastern city of Hangzhou. The risky investment paid off as the value of its stake grew 30 times when Alibaba listed in New York in 2014, Forbes reported.

In 2005, GGV set up a team to focus on China-related investments. The company picked Lee, who had worked for Singapore-based VC JAFCO Asia, and Foo, an early investor in Baidu, to run its China operation based in Shanghai.

"At that time, GGV didn't have a Chinese name and my Chinese was poor," Lee said. "We spent six months registering the company while scouting for potential projects."

Between 2005 and 2007, the company stretched its portfolio to cover several areas that it considered to have high potential, including blogging platforms and solar energy companies, but only a few projects yielded returns.

In 2009, the company honed in on the mobile Internet sector, investing US$ 15 million in the travel website Qunar.com. Two years later, Baidu paid US$ 306 million for a 62 percent stake on the travel booking site. As an investor with stakes in both companies, Foo played a key role in negotiating the deal. This paved the way for Qunar to raise US$ 167 million in a public listing on the Nasdaq in 2013.

Another high-stake bet in 2009, on yy.com, a little-known video-streaming site that lets amateur performers communicate with fans online, helped the company cut its teeth in the emerging mobile entertainment sector.

"Many investors had not heard of yy.com because it targets young users and its business model was unique," said Lee, who led the firm's US$ 7.9 million investment in the start-up. "Many investors couldn't understand it. The company was valued at less than US$ 70 million when we invested in it, but now its valuation is more than US$ 3 billion. The investment has grown nearly 40 times."

"Country borders don't matter for many start-ups," said Foo, citing the example of a Shanghai-based music company that he has backed that mainly offers services in North America. "Internationalization is offering a lot of scope for venture capital companies."

In 2015, the company picked up stakes in several start-ups linked to the Internet of things field, which refers to linking physical items to the Net, such as your refrigerator to your smartphone. GGV raised US$ 15 million for Zimi, which makes portable battery chargers and is affiliated to phone maker Xiaomi Inc. It also put money into PetKit that makes wearable items for pets.

"We think this is the next wave in Internet 3.0," Lee told the website Tech in Asia. "This is where we see the possibility of start-ups building disruptive business models not seen in the Internet 1.0 (PC Internet) and Internet 2.0 (mobile internet) era."