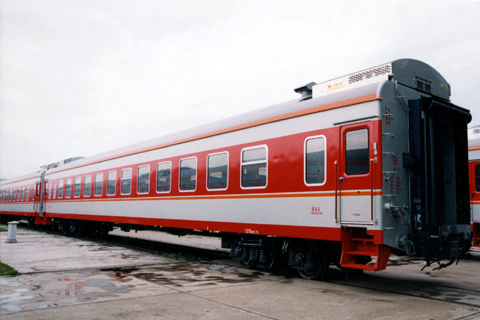 (Beijing) – The indebted operator of China rail has started handling the maintenance of its trains on its own, dealing a blow to the company that had been handling the work, a person close to the situation says.

China Railway Rolling Stock Corp. Ltd.'s orders to handle upkeep on trains have slowed in recent years because the China Railway Corp. (CRC) is trying to cut spending, the source said. This had been one of the main sources of income for the train maker, he said, and would begin to cause it pain if it continued.

"If CRC seriously wants to take over the CRRC's business and succeeds, the CRRC will lose a big chunk of money," the person said.

That appears to be exactly what the CRC plans to do and it has saved billions of yuan from 2013 to 2015 that way, an employee of the CRC said. "Our goal is to do train maintenance that had been contracted out to CRRC on our own," he said.

The CRC has also started handling upkeep on China's shiny new bullet trains. It worked on around 400 of the trains last year, its financial reports show. All the bullet trains that were put into service since 2013 will need maintenance in the next two years, the CRRC employee said.

Part of the reason the CRC can take over the upkeep work is that in the past it was handled by companies under the former Ministry of Railways, the CRRC employee said. Since 2013, when the ministry was broken up and the CRC took over running the country's trains, the firms doing maintenance have been on their own.

The CRC also appears to have used a deal it reached with the CRRC in October to share intellectual property rights of the country's trains. That agreement would allow the CRC to make the parts it needs for maintenance without getting approval on IPR from the CRRC.

This increased access to technologies has spurred the CRC to upgrade its maintenance facilities. It built parts factories and repair facilities in Shenyang, in the northeastern province of Liaoning, and in Chengdu, in the southwestern province of Sichuan, in 2015, giving it 10 such sites.

The CRC is mired in debt amid the economic slowdown. It lost 9.4 billion yuan in the first three quarters of 2015 due to weak demand for cargo services. Its annual report for last year has not been released yet.