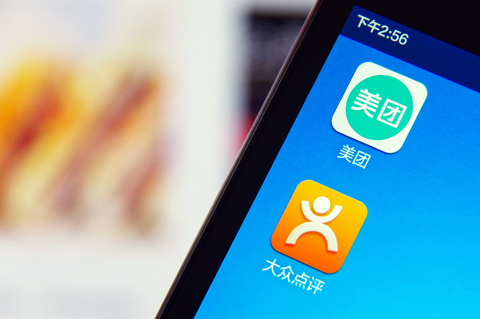 (Beijing) – The central bank is investigating whether a major group-buying company broke rules by providing users with a payment option even though it lacks a license for the business, an employee of the People's Bank of China says.

Xiong Wanli, a lawyer in Shanghai, said on Sina Weibo, China's version of Twitter, on February 29 that he recently found that Meituan is letting users link their accounts to bankcards so they could make purchases.

An employee of the People's Bank of China said the regulator is looking into the matter and would announce the findings of its inquiry soon.

Meituan said in response to questions from Caixin about Xiong's complaint that users have been able to link their bankcards to the app for a year. It did not answer a question over whether it has permission from the central bank to provide the service.

Companies that want to offer third-party payment services require a license from the People's Bank of China, which supervises the industry. The bank's website shows that it has issued 267 licenses, but the company that registered Meituan, Sankuai Technology (Beijing) Co. Ltd., is not among them.

Meituan has in the past collaborated with the major third-payment platforms, Alibaba's Alipay and Tencent's WeChat. It recently started cooperating with Apple Pay, which became available in China earlier this month.

Companies like Alipay and WeChat profit by charging businesses a fee of 0.6 percent to 2 percent of the purchase amount for using their services, an industry source said. Alipay and WeChat also make money by putting the funds they handle into wealth management schemes.

Earlier this month, WeChat said its users will be charged a small fee for transferring money out of their accounts. One analyst said the move is an attempt to stop funds from flowing out of WeChat accounts so that Tencent can have more money to invest in the lucrative wealth management products.