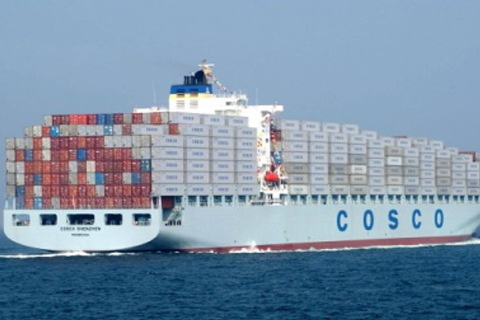 (Shanghai) – China's new state-owned shipping giant has created a subsidiary to handle the various container businesses now under its control, a person close to the situation says.

China COSCO Shipping Group launched the new subsidiary, China Lines, on March 1, an employee of the parent said. The new company will operate ships and lease out containers, he said.

China COSCO Shipping Group's general manager, Wan Min, said China Lines will allow his company to cut costs to become more competitive and to have a greater say in setting global industry standards because a large fleet of ships will be brought under one company.

"That can also bolster our ability to adapt to the global market so we can provide our clients with better services," he said.

China Lines will not be fully functional until July, the employee said, because it needs time to organize personnel and management matters.

The cabinet approved a plan for the merger in December in a bid to create a more competitive company abroad as the economy slows and demand for shipping drops.

The two companies that merged to form China COSCO Shipping Group owned 293 container cargo ships as of the end of January, data from Alphaliner show.

Its vessels could transport some 1.56 million twenty-foot equivalent units (TEU), the standard measurement for shipping containers, good for 7.6 percent of the global market.

China Lines will work with clients and partners to reorganize routes and port resources to build a global shipping network revolving around nine hubs in China, the employee at the parent firm said.