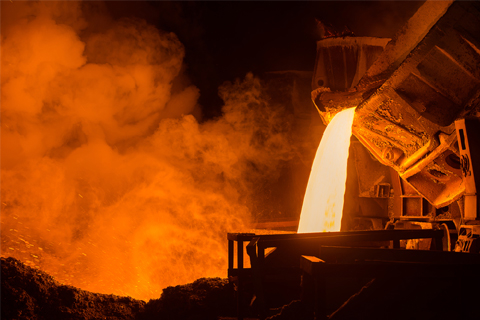 (Beijing) – The northern province of Hebei plans to shut down 240 out of the 400 steel factories in the area by 2020, as part of the country's efforts to trim overcapacity that has driven prices to their lowest in decades, the provincial governor said on March 8.

The province, which churns out nearly a quarter of China's steel output, has banned new projects until it reaches a target of producing 200 million tons per year, governor Zhang Qingwei said at a media briefing on the sidelines of the ongoing meeting the National People's Congress, the country's top legislature.

Small operators with a production capacity of less than 300,000 tons per year will bear the brunt of a campaign to cut the region's dependence on polluting heavy industries, a report from Sinolink Securities, a private consulting firm, said.

Over the next two years, the province also plans to cut cement production capacity by two-thirds, or by some 60 million tons. Heavy cuts will be imposed on coal and glass industries, Zhang said.

The round of closures comes at a time of weak demand as the country's growth rate has slowed.

The province will lose 180 billion yuan in revenue and lay off more than one million workers in the next two years, Zhang said.

Hebei, which surrounds Beijing, is part of an ambitious government plan to create an extended metropolitan area that stretches all the way to the northern city of Tianjin. The three regional governments have been grappling with worsening air pollution problems in this area known as Jing-Jin-Ji.

The province is also pushing out dirty manufacturers to cut levels of smog before the Winter Olympics in 2022, which will be held in Beijing and Zhang Jiakou, a city in the north of Hebei.

Residents in these two provinces were choked by several bouts of severe air pollution in November, December and in early March.

Officials from the Ministry of Environmental Protection said that burning coal was the main cause of smog in Hebei. Almost 90 percent of electricity consumed in the province comes from this dirty fuel source, the ministry said.