China Mobile Said to Begin Closing Its 3G Base Stations 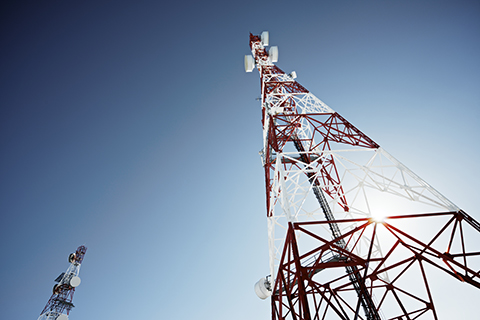 (Beijing) – Several of China Mobile's branches around the country have closed 3G-only base stations as the telecoms giant shifts its focus to 4G, several sources with knowledge of the matter say.

Branches in several provinces, such as in Jiangsu in the east, recently started closing base stations that only support the TD-SCDMA standard, said a person who provides operations and maintenance services to the country's largest wireless carrier by number of subscribers.

A China Mobile employee described the process as "an irresistible trend."

The firm has decided to phase out its unpopular 3G network and put more resources into developing 4G services, which is built on a standard called TD-LTE. Many of China Mobile's branches around the nation have upgraded TD-SCDMA stations, which started going up around 2009, to provide 4G services, an employee of one of the branches said.

"As for those base stations that cannot be upgraded, closures will happen sooner or later," he said.

The decision to shut the older stations, which let China Mobile subscribers operate their smartphones and mobile devices on its network, did not come from the company's headquarters in Beijing, said an employee of the head office, meaning lower-level branches were making the decision on their own.

It was unclear how many of the facilities have been shuttered.

China Mobile rolled out its 3G wireless network in 2009 after the government pushed for a new standard that was different from international standards. The government-backed standard never became popular with China Mobile's subscribers.

The TD-SCDMA network is slower than networks based on the internationally accepted CDMA2000 version, which is used by China Telecom, and WCDMA, a standard adopted by China Unicom. In 2013, China's Unicom's 3G network averaged a download speed of 21 megabits per second, while China Telecom's was 3.1 megabits and China Mobile's was 2.8 megabits.

The arrival of 4G technologies also dashed China Mobile's hopes for its 3G network. "They had to rush into 4G before making any money on 3G investments," an industry expert said.

Data from China Mobile show that as of October in 2014, the 3G network accounted for 23 percent of the firm's total data traffic and had 243 million customers. Meanwhile, the year-old TD-LTE network handled 39 percent of the data and had about 50 million users.

A China Mobile executive told Caixin in 2014 that it would stop investing in 3G services and work to convince its customers to switch to 4G.

Government data show that the country had 386 million 4G users at the end of 2015, and around four-fifths of them were using China Mobile's service.