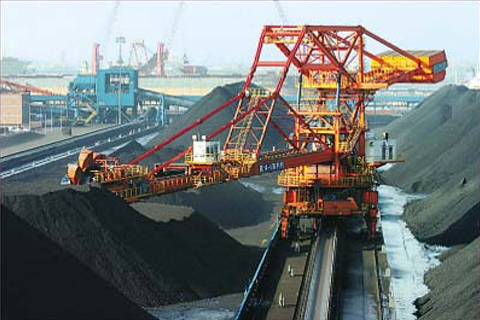 (Beijing) – Now that the central government has ordered the nation's steelmakers and coal miners to dramatically cut excess capacity, the thorny task of pink slipping employees and rebuilding economies is drawing blood.

The pain is spreading among workers, companies and local governments nationwide in communities such as Pingxiang, a city in the eastern province of Jiangxi, where more than 100 angry coal workers demonstrated in late February.

The miners rallied outside the offices of their employer, Pingxiang Mining Industry Group, to oppose wage and production cuts. Earlier, Pingxiang suspended production at three mines and slashed pay for some of its 16,200 workers to a meager 470 yuan a month.

That same week, about 2,000 steel workers marched in the streets of Guangzhou, in the southern province of Guangdong, to protest wage cuts imposed by their employer, Angang Lianzhong Stainless Steel Co.

The tension in Pingxiang and Guangzhou reflects the economic troubles that started rippling through the coal and steel sectors long before Beijing ordered cutbacks.

Nationwide, domestic steel consumption declined 5.4 percent in 2015 from the previous year after slipping 4 percent in 2014 and 2013. Analysts expect the slump to continue at least until 2020, with demand falling by about 4 percent annually.

Zhang Xizi, former chairman of the All-China Chamber of Commerce for Small and Medium-Sized Metallurgical Enterprises, said Beijing's targets for steel capacity cuts were based on the nation's economic status. And as the country's economy continues to decelerate – a slowdown marked by a 2015 GDP growth rate that was the lowest for China in 25 years – Zhang said he expects coal and steel demand to continue sliding.

As a result, Zhang said, Beijing's latest orders for capacity cuts may prove too modest to achieve the desired results.

For years leading up to the government's cutback orders, officials in Beijing watched as the nation's coal and steel industries struggled against consistently sliding demand. It soon became obvious that excess capacity had to go.

In a government work report delivered to the National People's Congress (NPC) in Beijing on March 5, Premier Li Keqiang highlighted the need for adjustments in the coal and steel industries that would fit the government's current "supply side" agenda for economic reform.

Li said the central government would set aside 100 billion yuan over the next two years to help retrain workers who lose their jobs. Yin Weimin, the minister of human resources and social security, has predicted that about 1.8 million workers – 1.3 million in the coal sector and 500,000 steel workers – are likely to lose their positions over the next few years.

The government is looking at plans to follow downsizings in the coal and steel sectors with similar cutbacks in industries such as cement, aluminum and glass.

Provincial leaders in the central province of Henan and Hebei, in the north, submitted detailed plant closure plans to the cabinet almost immediately after receiving the directives. They apparently took quick action to improve their chances of winning downsizing-related financial and policy support from the central government.

Local governments with coal mines and steel plants in their jurisdictions are looking to Beijing for financial help because they face a variety of cutback-related costs. Moreover, local officials are searching for new sources of tax income to beef up revenue streams that would likely dry up after plants close and workers lose their jobs.

Some communities are already feeling the pinch. In the Heilongjiang Province mining city of Jixi, in the northeast, Mayor Zhang Changrong has asked for more central government help because the coal industry's contribution to local government tax coffers has declined to 20 percent from 60 percent. Jixi mines produced only 15.7 million tons of coal last year, about half of the 2011 output.

Local governments are also doing what they can to help laid-off workers. Zhang said the Jixi government has earmarked funds to encourage new types of industrial development and support ex-miners find new jobs, and said the city is working on plans to recruit companies in new fields.

At the NPC meeting on March 6, Heilongjiang Governor Lu Hao said former coal miners laid off by the provincial government-owned local Longmay Mining Holding Group were being encouraged to seek new business opportunities in farming and forestry. The government has opened an extra 20,000 hectares of land to farming and 100,000 hectares to forest management in hopes former miners will change careers.

So far, Lu said, the project has been successful. Since September, some 22,500 former miners have found new jobs, he said, and 100,000 or more will likely make the switch in the future.

But in many communities, economic fears are mounting. In Pingdingshan, in Henan Province, for example, local Communist Party Secretary Chen Jianshen said he is worried that cuts at area coal companies will seriously harm the economy.

"If there are only cuts and no (new businesses) are added, the local economic growth rate will decline," he said. "It's very difficult to develop a new industry that can offset losses in just one or two years."

Companies such as Pingxiang Mining are also struggling in the face of economic unknowns. Pingxiang's miners have urged restarts for recently shuttered coal pits, which a company official said produced about 670,000 tons per year, or 30 percent of the firm's total output.

But company managers said that nearly half of the firm's eight mining blocks would have to be closed anyway over the next three to five years simply because they've run out of accessible coal. And all of Pingxiang's mining resources will have been exhausted within 10 years, they said.

And Pingxiang's responsibilities and economic impact go beyond its payroll. The company supports some 19,000 retirees and 9,000 disabled former workers who were injured on the job. Plus, the local economy relies heavily on the mines, which indirectly provides employment for some 100,000 Pingxiang residents.

Pingxiang's expenses are posing a problem as prices fall. The company pays about 420 yuan – including 233 yuan in labor costs – to bring a ton of coal to market, but the price per ton has fallen to 200.

To support production goals in the face of falling prices, Pingxiang's debt has climbed to a level that's about equal to total assets. It's hoped capacity cuts will help the company balance its books.

Pingxiang's future may, in fact, look bright compared to other miners, such as Heilongjiang's Longmay. The price slump and calls for production cuts last year have already hurt Longmay which, as Heilongjiang's biggest miner as of 2015, was paying 224,000 employees about 10 billion yuan a year. Although the company is state-owned, it may prove too big for a government bailout if its financial status sours.