Plans for New Board Dropped, Leaving Overseas-Listed Firms in Limbo 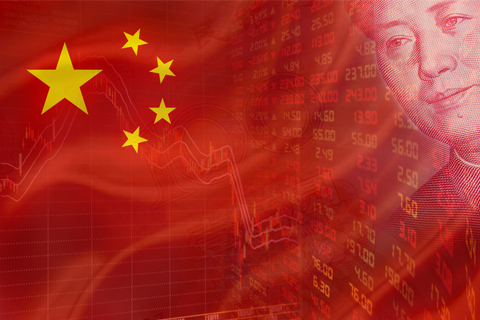 (Beijing) – The government's sudden decision not to establish a new board on the Shanghai Stock Exchange anytime soon has left many overseas-traded Chinese tech firms that planned to switch to the bourse in limbo.

Changes to a draft of the latest five-year plan, which sets policy priorities from 2016 to 2020, show the government no longer considers creating a board for mostly high-tech companies important.

The plan that was passed by the National People's Congress on March 16 lacks any mention of the new board. A draft that was submitted for discussion when the legislature opened its meeting on March 5 contained a proposal for setting up the new board for companies in "emerging industries of strategic significance."

The change means the central government is unlikely to pursue establishing the board for at least another five years.

This would have the greatest impact on overseas-traded Chinese firms that were seeking to return home, especially those that were not yet profitable, a private fund manager familiar with the matter said. Both the Shanghai and Shenzhen stock exchanges require companies to be profitable before going public.

Most of the companies listed overseas through an arrangement called variable interest entity (VIE), which is commonly used by Chinese tech and media firms to bypass regulatory restraints on foreign equity ownership in certain sectors.

The legislature's decision took many professional investors by surprise because the cabinet recently offered firm support of the board. The State Council said in December that creating a bourse for innovative companies was a major task for developing the capital market, going so far as to vow that rules would be relaxed for overseas-listed firms to relist in China.

To relist on a domestic stock exchange, most companies would have to undo their VIE structure, which often means foreign shareholders must sell their holdings.

This is a lengthy, difficult and expensive process, a lawyer who helps Chinese firms prepare to relist in their country said. He said he has been working for nearly a year to help a firm undo its VIE structure with a view to listing on the new board.

He ruled out putting the VIE structure back together and said the firm may instead seek to list on the New Third Board, a national trading platform for non-public firms.

Like the nixed board for emerging industries, the New Third Board does not have requirements for profits. The problem is it does not appeal to overseas-traded companies because only the main boards on the Shanghai and Shenzhen bourses offer them the exposure to Chinese investors that overseas markets lack, the private fund manager said.

"Now that the board for emerging industries has been cancelled, and they don't want to list on the New Third Board, these overseas-traded firms will have to work hard on their performance to meet the requirements for an initial public offering on the main board," the fund manager said.

A partner at an investment fund said he is also worried about the ripple effects of the new board being shelved.

"There are many Internet industry funds that specialize in helping overseas-listed firms go private and many of them are leveraged," he said. "The board being canceled will postpone the relisting of the companies they invested in. And the longer they wait, the greater the risk."