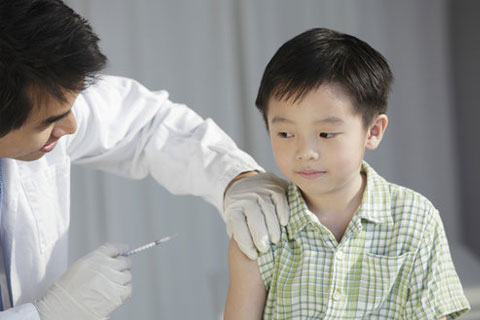 (Beijing) – Police in most of the country's provinces are looking for 300 people linked to an unlicensed dealer of widely used vaccines who sold flawed products worth hundreds of millions of yuan for about five years, authorities say.

Drug safety authorities and police in Jinan, Shandong Province, recently published the names of the 300 people who did business with the unlicensed bulk dealer of vaccines, the government-backed news portal Dzwww.com reported on March 19.

Police arrested the dealer, a 47-year-old former pharmacist, and her daughter in April last year after they were found to have bought 25 types of vaccines worth 260 yuan million from 2010 to 2014.

The products were resold for 310 million yuan, even though the pair lacked the refrigeration facilities needed for storing and transporting them.

The mother and daughter have been charged with illegal business operations and are awaiting trial, Jinan police said. If convicted, the pair could receive the death sentence should a court determine their offenses endangered people's lives.

It was unclear why the list of names was published only recently when the mother and daughter were arrested nearly a year ago.

The vaccines were for both children and adults, and included shots for polio, the flu, hepatitis B and rabies that were made by licensed pharmaceutical companies, drug safety officials in Jinan said.

The pair lacked a license to deal in vaccines, the officials said. They also did not have the refrigeration facilities needed to store and transport the products, meaning they could be ineffective and expose recipients to health hazards.

Police did not say how many times the vaccines were administered. Dzwww.com said police in Jinan were sharing information with their counterparts in 23 other provinces and cities where the products were sold, including in the capital.

Police in four provinces and regions have arrested six people and detained another 10 pending a criminal investigation, police in Jinan said.

The woman and her daughter, a medical school graduate, bought the vaccines from 107 pharmaceutical representatives and wholesalers, police said. They then sold the products to 193 retailers.

The pair often bought vaccines that were near their use-by dates because they were cheaper, police said. Some vaccines confiscated from their homes were two months from expiring.

The woman was handed a three-year suspended sentence for illegally selling vaccines in 2009, Dzwww.com reported, but restarted her business the next year. Her daughter started cooperating with her in 2014, when she graduated from medical school.