CRC Blames Rise in Problems with Trains on Manufacturer 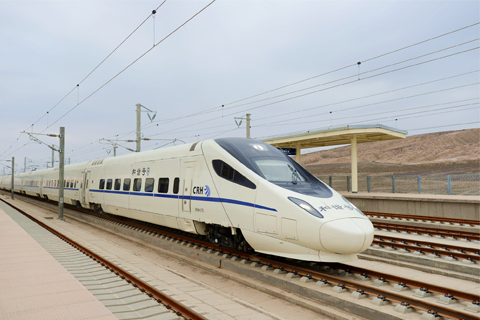 (Beijing) – The operator of the country's railroads has blamed an increase in problems with trains last year – some of them fatal – on quality standards falling at a major manufacturer.

The management of China Railway Corp. (CRC) heard at a meeting in December that the railroad system experienced 1,710 cases of train malfunctions last year, including 210 instances in which people on board were killed or hurt, one of the people at the meeting told Caixin.

The first figure was an increase of 42 percent from 2014, the source said, adding that the CRC's management blames the rise of problems on quality standards falling at China Railway Rolling Stock Corp. Ltd., the country's major train maker.

The CRC's leadership has also said its local offices should take some responsibility because they overlooked quality issues when making purchases and did not tell headquarters even after they discovered safety risks, the person who attended the meeting said.

He said that the CRC's management has ordered its local offices to establish a system for checking the quality of trains, and that it planned to seek compensation for "serious accidents" that are due to the poor quality of trains.

However, Zuo Dajie, a professor at Xi'an Jiaotong University in the northwestern province of Shaanxi, said that only the National Railway Administration (NRA), which regulates the industry, has the power to determine whether trains have quality problems.

"The CRC's argument is one-sided and its objectivity is questionable," Zuo said. "It's hard for the user and producer of the train to reach a consensus (over quality standards), and that's why a third party is needed."

An employee of the NRA, which examines trains every quarter and during busy travel periods, said the CRC can report problems to the NRA but only the industry regulator can issue official reports regarding quality problems.

A CRRC employee said the complaints by the CRC were part of a strategy aimed at controlling the railroad system.

The CRRC and the CRC have been involved in a string of disputes since the Ministry of Railways was broken up in 2013. The CRC engaged in a spat with the manufacturer over who owned intellectual property rights to trains in early 2015.

Talks on the issue stalled for months before the two sides reached an agreement in October to share IPR. The CRC stopped buying trains from the CRRC before that deal was struck.

The CRC later started handling the upkeep of its trains on its own, a move that has cost the CRRC business. The value of its orders related to maintaining the country's standard trains fell from 3.04 billion yuan in 2013 to 873 million yuan last year, the CRRC's financial reports show.