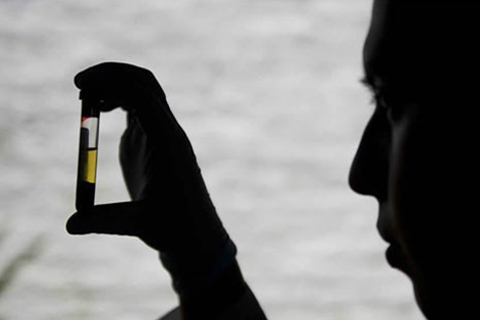 (Beijing) – The scandal over the illegal sales of vaccines has ignited public concerns about drug safety while shedding light on China's loophole-ridden system for controlling disease.

The scandal came to light earlier this month, when police in the eastern province of Shandong said they arrested a former pharmacist and her daughter for illegally selling improperly stored or expired vaccines worth more than 310 million yuan since 2011. Their sales network covered 24 provinces and cities.

The pair allegedly sold 25 types of non-mandatory vaccines used to combat chicken pox, rabies, meningitis and hepatitis A. The shots were for both children and adults.

The State Council issued rules for vaccines in 2005 that divided them into two categories. The mandatory category 1 vaccines, such as those for hepatitis B and tuberculosis, are provided to the public by the government for free. Category 2 vaccines included those that members of the public can choose to get at their own expense.

The first type is strictly controlled by provincial-level disease control authorities, from purchase to distribution and inoculation. The expenses are covered by the government and are transparent, a person close to the disease control department in Shandong said.

The business of category 2 vaccines is more complicated. The 2005 rules opened the door for more market players to participate in the production and sales of non-mandatory vaccines in the hope that competition would lead to fairer prices.

"There are so many players in vaccine production, wholesaling, distribution and retail sales," the source in Shandong said. "The business chain is complicated and interests are entangled. It is very easy for problems to arise and there is room for disease control departments to seek profits."

Local disease control and prevention centers across the country are government organizations funded by public money. In many regions, public funds fall short of supporting the centers' operations, so many seek extra income from drug sales. The non-mandatory vaccines have thus become good business for them.

In provinces such as Shandong, Henan and Jiangsu, governments set an upper limit for prices of non-mandatory vaccines and allow disease control departments to adjust prices within a certain range.

The source in Shandong said disease control centers usually raise prices by 10 percent to 25 percent over the level they stand at when they leave factories. This increase has become an important source of income for disease control centers and their employees, the person close to the Shandong center said, who added that this has led to a problem: "Some institutions and individuals have set up long-term partnerships with vaccine manufacturers and care more about price than quality."

While the mandatory vaccines follow rules for government procurement, category 2 vaccines are seldom purchased through public tenders open to public scrutiny, the Shandong source said, explaining that this situation opens the door to corrupt practices.

In September 2006, Luo Yaoxing, the former director of Shandong Disease Control and Prevention Center's immunology department, was sentenced to life in prison for taking 11 million yuan from vaccine producers in exchange for favors in the province's procurement contracts.

To boost sales of the non-mandatory vaccine, some provincial centers encourage hospitals and doctors to promote the vaccines to their patients by offering them bonuses.

The source in Shandong said sales have been used as a criterion for assessing the annual performance of some disease control officials and medical staff.

This has encouraged some to take risks. In June 2005, police in Si County, in the eastern province of Anhui, arrested several individuals, disease control center employees and doctors, for buying hepatitis A vaccines from unlicensed dealers and inoculating more than 2,400 students without parental permission. One 4-year-old girl died after getting a vaccination.

And in July 2014, a community clinic in Yinchuan, in the northwestern region of Ningxia, told locals that children would not be admitted by kindergarten until they got some category 2 vaccines, which are not compulsory. Local education authorities later denied this was true.

Disease control centers have also partnered with hospitals, schools and kindergartens to promote vaccinations, even though many local authorities have policies in place that ban the sales promotions for category 2 vaccines.