About Three-Quarters of Students Going Abroad Return to China: Report 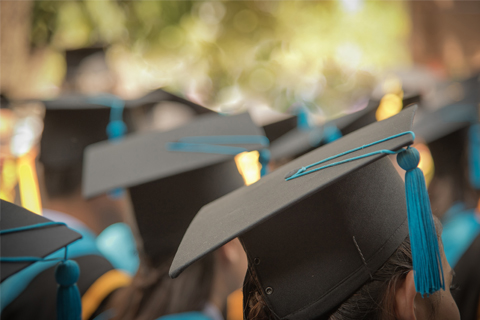 (Beijing) – About three-quarters of Chinese students studying abroad have returned home after finishing school in recent years, the Ministry of Education said on March 25.

Statistics released by the ministry showed that 523,700 Chinese students went overseas to study in 2015, 14 percent more than the year before. Some 409,100 students returned home last year.

From the start of reform and opening in 1978 until December last year more than 4 million students studied abroad, the report said. The average annual growth in the number of students heading to other countries to study was about 20 percent.

The number of "haigui," or sea turtles, a Chinese homonym used to describe returnees from overseas, has risen to around 70 to 80 percent in recent years, the report said.

Nearly half of returnees surveyed by the ministry last year said they would like to find jobs in Beijing, Shanghai, Guangzhou and Shenzhen. The figure dropped 8 percent from 2013.

Qi Mo, an official at the Ministry of Education, attributed the decline to an increase of students from smaller cities who are able to go abroad as incomes rose. This means these students are more likely to work in their hometowns after they come back.

Smaller cities are also offering generous subsidies and perks to lure haigui away from large cities, where the job market is fierce and the chance to get household registration documents needed for health care and education, is meager, he said.

Nearly 30 percent of survey respondents worked for foreign companies in China, the report said. One-fifth were employed by state-owned enterprises and 17 percent worked for private firms.

However, haigui are finding that foreign diplomas are no longer as attractive to employers as they once were. Some Net users have even taken to calling unemployed returnees "haidai," or seaweed.

For those who did find a job, about half of those with a bachelor's degree earn less than 5,000 yuan a month, and 86.6 percent of the ones with a master's degree make less than 10,000 yuan, according to a report released by the Organization for Economic Cooperation and Development, an inter-governmental organization for policy analysis, in October.

Zhou Rong, a director of a Beijing-based company that helps students apply to schools abroad, said the government should be careful about an "oversupply of haigui," who spent a fortune on degrees from universities of dubious quality that do little to enhance their job prospects.