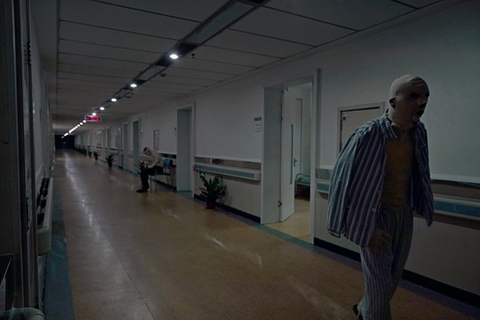 (Kunshan) – At Japanese metalworking factories, it's not unusual for potentially explosive metallic dust to be assiduously vacuumed from the air every two hours.

But removing metal flecks from the air was far less routine – in fact, officials say, negligently infrequent – before an explosion ripped through a Zhongrong Metal Products Co. auto wheel-polishing factory in Kunshan, a gritty factory town in eastern China's Jiangsu Province, on August 2, 2014.

Management negligence toward what's considered standard housekeeping at a metalworks factory was one reason cited by investigators for the blast that killed at least 146 and injured 114 of the 265 employees on the job that fateful day.

That conclusion and others reached by a State Council investigation team laid the groundwork for the recent convictions of three Zhongrong executives and 11 government officials by the Kunshan City People's Court on charges linked to the disaster. The decisions were announced in early February by the provincial government.

Investigators uncovered a variety of safety violations at the plant, where unfinished aluminum and alloy steel wheels for new cars were polished for clients including the world's largest aluminum wheel manufacturer, Citic Dicastal Wheel Manufacturing Co. Ltd., a main supplier of major automakers such as General Motors. The plant was leveled in the blast, and Zhongrong was closed by Jiangsu authorities in December 2014.

The workshop's 32, 13-meter-long production lines – 16 on each of the building's two floors – were installed perilously close to one another, according to the State Council report. In addition, the factory was said to be poorly ventilated, and housekeeping regulations designed to keep metalworking shops safe were ignored.

Employees whose shift began at 6:40 a.m. on the day of the disaster reported that the metallic dust in the air was so thick that it was hard to see. Sparks from heat created by chemical reactions of gathered aluminum dust exposed to water ignited the dust, creating a horrendous ball of fire.

Duan remembers hearing a blast that made his ears ring and seeing flames that, within seconds, burned the clothes off his back. He fled the factory with other workers, including many whose hair was burning as they ran.

Song Chengqiang was working outside the workshop when the explosion occurred. He said he saw a black mushroom cloud rise above the building, which then quickly crumbled into rubble. He also saw screaming workers, including many whose bodies were burning, running from the factory.

Unhurt workers tried to help the injured and extinguish the fire using the factory's firefighting equipment. But the equipment proved inadequate against the blaze.

According to the State Council report, the blast itself killed 47 people. Other victims died from burn wounds.

As of late March, some 19 months since the disaster, more than 70 victims were still being treated in Kunshan-area hospitals. Moreover, some victims officially listed as injured died in the months after the list was released.

On the day of the explosion, hospitals and doctors were overwhelmed by a flood of victims, many with bodies so severely burned that relatives could not recognize them. Victims were admitted to more than a dozen hospitals in eight neighboring cities including Suzhou, Changshu and Shanghai.

At Shanghai's Ruijin Hospital, Dr. Zhang Qin helped treat victims and later told reporters that "in 27 years as a doctor, I have never seen any injuries as serious as those caused by this blast." He also accurately predicted a high fatality rate.

At Shanghai's Changhai Hospital, Dr. Zhu Shihun said most of the victims he treated suffered severe internal injuries caused by the sheer power of the blast.

Duan was among 13 victims taken to a Suzhou hospital, where five died. He spent a full month fully bandaged and lying in the intensive care unit. Duan remembers the frightening pain of the weekly wound-cleaning and bandage-changing procedure.

"Every Wednesday when we heard the nurses' trolley" rolling down the hall to deliver fresh bandages "we were scared," Duan said.

After months in the hospital, Duan was transferred to a rehabilitation center. There, he was reunited with his wife, Li Chengcheng, who also worked at the Zhongrong plant and was not only severely burned but lost a hand in the blast. In the future, doctors say, they'll each need several surgeries.

The family of Duan and Li, who have a 9-year-old son, was one of many shattered by the tragedy. According to former Zhongrong workers, many of those hired by Zhongrong had relatives who also worked at the plant.

"My wife and I are injured," Duan said. "What can we do about our future?"

Many other explosion survivors have asked questions for which answers have been few or nonexistent.

Most Zhongrong workers were recruited from farming areas near Kunshan, and since the blast they've struggled to make a living. They were initially attracted to the plant because of the relatively high wages offered due to dusty, high-pressure work conditions.

Some questions have been aimed at the Kunshan government, which in December 2015 released a plan for compensating victims and their families that critics called inadequate. Zhongrong's owner – Taiwanese businessman Wu Chi-tao – operated the workshop through a special Kunshan government investor incentive program since the 1990s. The policies made Kunshan a major destination for Taiwanese investment on the mainland, with as many as some 4,200 Taiwan-funded companies operating in the area.

Zou Lingdong, who was honored as a hero for saving lives in the disaster, lost his Zhongrong job and has struggled to find work so he can pay school tuition for his two children. Song Chengqiang survived the disaster and went back to farming, but has also had a hard time making ends meet.

A group of surviving Zhongrong workers and their relatives protested the victims' compensation plan during a December rally outside a city government building in Kunshan. Some argued that payouts may not be enough to cover necessary medical treatments.

One injured worker said in December that officials told victims that those with lighter injuries would get one-time payouts, while the severely injured would receive 90 percent of their salaries while hospitalized. The worker said he and others wanted officials to clarify the levels of compensation for lighter injuries and how future medical costs will be covered before they will agree to the assessments.

Even before the explosion, many long-time plant workers suffered from allergies and other health problems apparently associated with metal dust. In 2012, 46-year-old Song Changxing was diagnosed with pneumoconiosis, also known as black lung disease.

The plant's workers, who wore goggles and cotton masks on the job, don't seem to have understood that working in a plant filled with metallic dust can be dangerous.

Lu Jian, a researcher at Japan's National Institute of Occupational Safety and Health, says metalworking shops must be kept clean since dust containing flecks of aluminum, magnesium and other materials is dangerous. In Japan, he said, some companies vacuum metallic dust from the air every two hours.

Chinese government regulations say metalwork plants should be cleaned once every eight-hour shift. Zhongrong blast survivors said the plant was rarely cleaned beyond a little floor-sweeping every day at noon. Sometimes the plant went a week or even one month without a cleaning.

Convicted in connection with violations of plant safety  were Zhongrong's chairman, Wu Chi-tao; general manager, Lin Bochang; and senior manager, Wu Shengxian, the official Xinhua News Agency reported. They were each removed from office and sentenced to jail terms ranging from three years to seven and half years.

In addition, the State Council's investigators said 35 other officials were punished. These included Shi Heping, the vice governor of Jiangsu, who received professional demerits that will make it more difficult from him to advance. Lu Jun was removed as mayor of Kunshan and ousted from the Communist Party.