Public Hospitals to Have Liability Insurance by 2020, Official Says 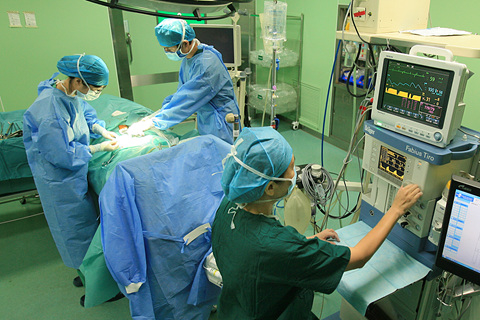 (Beijing) – The country plans to have all public hospitals buy medical liability insurance for doctors by 2020 to fund the settlement of patient disputes, a senior official at the China Insurance Regulatory Commission says.

Eighty percent of community-level medical facilities will also be required to have their doctors covered by the insurance scheme by the end of 2020, said the official, who asked not to be named.

CIRC is working with the National Health and Family Planning Commission to draft a government regulation on handling medical disputes that will make this type of insurance compulsory.

He did not say when the rules will come into effect.

The central government began to float the idea of a medical liability insurance scheme more than a decade ago. The two commissions stepped up their push for big hospitals to have the insurance in 2014 because the country is often jolted by attacks on doctors by patients unhappy with the results of surgeries and treatments.

In one episode in 2011, a surgeon and five other medical workers were seriously wounded when they were stabbed by the relatives of a patient who died from heart failure at a hospital in Shanghai. The relatives had argued with the hospital over the cause of the patient's death and on compensation.

The result of this type of conflict is that cash-strapped hospitals and doctors are often reluctant to take on risky surgeries because they are worried about potential liabilities.

People in the country even have a term – "yi hao" – for the violence and harassment that doctors and hospital workers suffer at the hands of angry patients or their relatives.

Top decision-makers hope the medical liability insurance will help address the issue because in theory hospitals would be able to settle patient disputes with insurers.

The national health commission said that all major hospitals in big cities had joined the insurance program by the end of 2015.

However, an executive in charge of medical liability coverage at China Life Insurance said his company is still running a loss because hospitals and doctors have not showed much interest in joining.

He said that the company lost 104 million yuan on this type of insurance from 2005 to September 2013.

Cao Jian, a researcher at Tsinghua University's Research Center for Health Care Management, said hospitals and medical workers do not have much faith in policies because insurers lack the medical expertise to settle disputes over medical procedures.

A lack of independent arbitration agencies in the country also makes the policies unattractive, he said.

A surgeon in Beijing said the insurance program has limited ability to address the distrust that arises between hospitals and patients because insurers only cover a few types of problems and settlements take a long time.