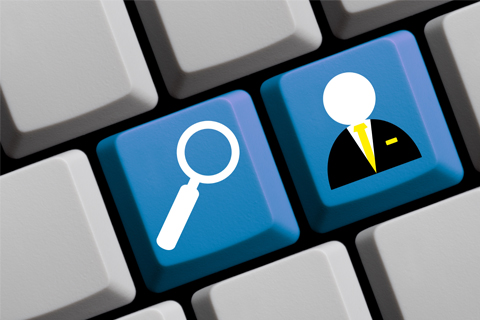 (Beijing) – The head of an online recruitment services firm made a public apology on March 31 after an employee hacked into a rival firm's email system in February.

In a letter posted on the company's official account on popular messaging app WeChat, Xu Dandan, the president of Lagou.com, said the employee was acting on his own accord when he deleted four apps developed by a competitor, Bosszhipin.com, from Apple's app store on February 19. Xu who founded the job-listing service for IT workers only said the employee did "something impropriate" in the letter.

Bosszhipin said the hacker had stolen passwords from the corporate email account and used them to take down the apps, making the company's services inaccessible to users of Apple devices for a brief period.

The company said on March 24 it had filed a lawsuit in a Beijing court against Lagou for unfair competition, asking for an unspecified amount in damages. Bosszhipin CEO Zhao Peng told Caixin that his company will not drop the case even though Lagou made an apology.

Earlier, Lagou claimed that one of the apps that went offline was deleted by Apple Inc. because it had violated the company's policies.

The two rivals have been accusing each other of engaging in unfair business practices for several months.

In February, Bosszhipin released a statement saying that a fake icon that closely mimicked the original appeared when users searched for "Boss Direct Hire," the company's flagship product on Apple's app store. It accused Laguo of rigging the search results and for planting this fake icon to lure users to the app developed by Lagou.

Lagou says Bosszhipin has been manipulating the keyword search system on Apple's app store since December in a way that users searching for services developed by other recruitment firms were all directed to the Boss Direct Hire app.

A Caixin investigation found that both companies have been trying to cannibalize clients from each other by using copy-cat logos that closely resemble the ones used by the rival company. For example, Bosszhipin has a fake entry on the app store called Lagou Recruitment, that closely resembles its competitor's popular app, and users are tricked into signing up for Bosszhipin's services through it.

The questionable tactics used by these companies to lure job-seekers are widespread in the online recruitment industry, which is estimated to grow from 3.9 billion yuan in 2015 to over 5.6 billion yuan in 2017, Beijing-based Internet research firm Sootoo.com said.

The fledgling market is dominated by three major players: 51job.com with a 23 percent stake, Zhaopin.com coming at a close second with 22.6 percent and 58.com with just shy of one-fifth of the market share.

Lagou is within the top five with 8 percent in market, and the company has been expanding aggressively since its launch in July, 2013. The company claims that 110,000 employers and over six million job-seekers are using its apps. Lagou announced on March 23 that it has raised 220 million from private investors in its latest round of fundraising.

Bosszhipin, a smaller player that entered this crowded market in 2014, said its apps have three million registered users.