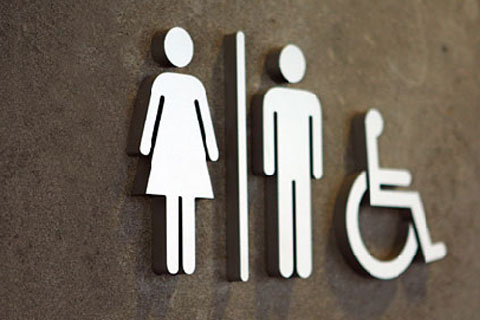 (Beijing) – The government plans to spend over 12.5 billion yuan to build or upgrade 25,000 public restrooms in and around popular tourist attractions nationwide this year, China National Tourism Administration (CNTA) said.

The investment is part of an on-going program that aims to build 57,000 "odorless, free and effectively managed" restrooms for travelers by the end of 2017 after a slew of complaints over the years.

More than 22,000 new toilets were built at tourist hotspots last year, and nearly 7,700 were renovated under a three-year program, the CNTA said.

The plan to bring the country's bathroom facilities, long the butt of tourists' jokes, up to the standards of international travelers has hit a few bumps. Inadequate funds, underdeveloped infrastructure and utilities and the lack of coordination among government officials were among the main pain points in the campaign, said Li Jinzao, head of the CNTA.

Li said it would be harder to achieve this year's target because the planned construction sites were geographically scattered along roads connecting scenic spots with highways, for example, compared to last year when most facilities were located inside the attractions.

It was expensive to manage public restrooms, he said, because of frequent breakdowns at facilities due to improper use and vandalism.

The administration did not say how much it costs to manage a public restroom. Research by Zhang Nongke, an executive of a sanitation company in Beijing, estimates it could be as high as 100,000 yuan per year for a moderately-equipped facility and about 150,000 yuan per annum for one that is better equipped.

The administration is mulling the introduction of a policy to regulate public restrooms in and around popular travel destinations, Li said, and this includes establishing a hotline to handle complaints by visitors.

Chinese President Xi Jinping signed a directive in February, 2015 telling all local governments to push through the so-called "toilet revolution" to improve service standards in the country's tourism industry.