Some 360 Officials Said to Be Punished over Vaccine Scandal 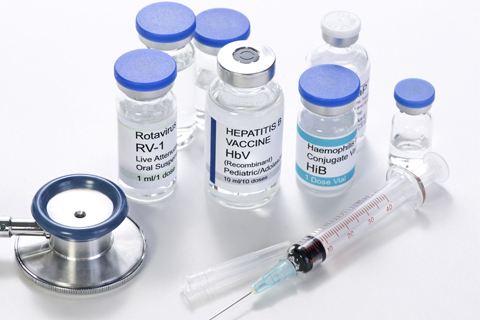 (Beijing) – The central government says it has demoted or removed from their posts nearly 360 officials and detained 200 people over a probe into sales of problematic vaccines.

The 357 officials who have been punished include those from the National Health and Family Planning Commission, the China Food and Drug Administration, and government agencies in 17 provinces and cities, minutes from a meeting of the State Council on April 13 show.

The State council, the country's cabinet, did not reveal the officials' names or ranks. Some of them could face charges of dereliction of duty pending further investigation, the minutes show.

The minutes show police are handling 192 cases related to the scandal, and some 202 people have been placed under criminal investigation in connection with distribution of vaccines that originated in the eastern province of Shandong.

In March, drug safety authorities and police in Jinan, in Shandong Province, published the names of 300 people around the country who have been tied to a dealer believed to have distributed vaccines worth hundreds of millions of yuan from 2010 to 2014 even she lacked a business license.

The dealer, a 47-year-old former pharmacist, and her daughter bought the vaccines from licensed drug firms and sold them for 310 million yuan to wholesalers and retailers in 17 cities and provinces, including Shandong and Beijing.

The vaccines posed a health risk to adults and children because the pair did not have the refrigeration facilities needed to store and distribute the products, a problem that could render them ineffective, officials say.

Police arrested the mother-daughter pair in April last year, but authorities did not say why it took so long to track down the others involved in the scandal and to tell the public about the scandal.

Parents shocked by the news are shunning Chinese-made shots and some are taking their children to places such as Hong Kong to get vaccinations.

Hong Kong's health officials announced on March 31 that only 120 non-resident children per month will be allowed to get shots at government-run clinics each month due to concerns the former British colony could run out of the vaccines.

The State Council said the episode has exposed problems with the supervision and use of vaccines.

It announced on April 13 it would tighten the oversight of shots by bringing all vaccines under a centralized procurement scheme. Vaccines had been divided into two categories. One type was mandatory and administered free in government-funded programs, for polio virus and measles.

The other shots, including those for flu, hepatitis B and rabies, which the pair in Jinan were distributed, are optional, meaning parents have to pay for their children to get them. This type of vaccine has been handled by private businesses.

The central government has also said it wants all vaccines to be tracked by a national database, and manufacturers, dealers and distributors must get business licenses.