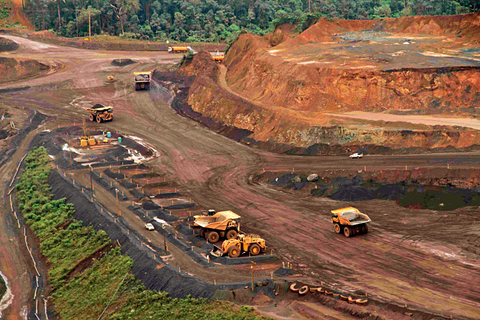 (Beijing) – China is importing more than 85 percent of the iron it needs, as cheap foreign iron ore undercuts domestic products.

Some 86.7 percent of the iron ore the country needed was imported in the first two months of the year, up from 84 percent last year, Wang Liqun, vice chairman of the trade group China Iron and Steel Association, said at a forum on April 14.

Wang said imports grew mainly because the global price of iron ore plunged from about US$ 130 per ton in early 2014 to around US$ 40 late last year. Meanwhile, domestic miners have failed to keep up with the price cuts due to high costs.

Xu said the high import ratio is cause for concern because it leaves the country exposed to risks related to price fluctuations abroad. China needs to ensure that 10 to 20 percent of its demand for iron ore is met by domestic producers, he said.

Domestic miners, mostly big state-owned enterprise, struggle to compete with foreign companies, partly due to labor costs, Xu said. It is notoriously difficult for China's SOEs to lay off employees even amid adverse market conditions because local governments count on them to prevent mass unemployment that could, they fear, disrupt society.

Also, compared with many facilities in Australia and Brazil, China's major trading partners, many mines are poor quality, so it costs more to extract and refine the mineral, Xu said.

China produced 1.38 billion tons of iron ore last year, down 7.7 percent year on year, official data show. The output for the first two months of this year combined was 162 million tons, a further decline on the record for the same period last year.

Most of the cuts this year occurred in the northeastern province of Liaoning, the northern region of Inner Mongolia, and Xinjiang, which is in the northwest.

The price of iron ore on the global market has rebounded since December, exceeding US$ 60 per ton this month. Experts say the trend may not last.