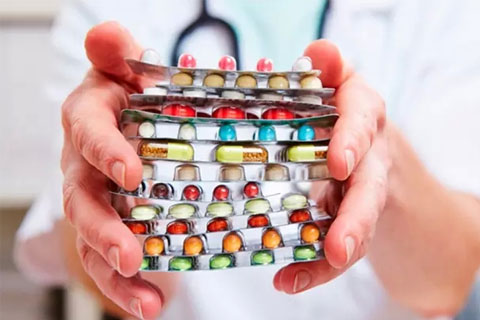 (Beijing) – Yellow lights are flashing on what's been an easy road to generic drug sales now that the government has introduced a pharmaceuticals assessment project.

Thousands of generics makers in a health care industry niche with annual revenues of nearly 500 billion yuan soon may be heeding a government call to join a "conformity assessment" project that runs through 2018.

But thousands more could be forced off the road by higher quality requirements and huge assessment costs, which have been pegged at up to 8 million yuan for a single drug, as well as a recently launched round of industry consolidation.

Eventually, according to some medical industry experts, drug factory shutdowns and mergers could reduce the number of generic products manufacturers in the country to 2,500 from the current 4,800 after the completion of the assessment. Small firms would likely be the first to go.

Suppliers that sell substances other than the active ingredient to manufacturers will also be affected by the assessments. Some industry watchers have predicted a shake-up that eliminates a significant number of the nation's nearly 400 suppliers, who last year reported combined revenues of about 38 billion yuan.

A drug company executive in the southwestern city of Chengdu who asked not to be named said he thinks "at least half" of all the suppliers "will disappear."

And among domestic generic drug manufacturers "there will be no room for small firms in the future," predicted Shi Licheng, director of the Dingchen Pharmaceutical Management Consulting Center in Beijing.

Some drug makers unable to stand alone through the assessment period will likely merge with rivals or partner with foreign companies, said Shi.

One option of the partnership is through "contract manufacturing organization" (CMO) agreements, a business model that is expected to rise after the health regulator late last year granted a green light for pharmaceutical companies to outsource manufacturing to licensed producers in a pilot program.

The market research firm Informa has forecast CMO revenues will grow 17 percent to US$ 5 billion by 2017.

Industry consolidation has already begun. Market records showed that during the first three months of 2016, 51 mergers were launched among publicly listed pharmaceutical firms. The combined deals were worth up to 45 billion yuan.

Zhou Xiang, a lawyer at Beijing Tianping Law Firm who specializes in the medical sector, expects M&A activity to accelerate this year. "China's medical industry will see more investment and acquisition cases in 2016, setting new records in terms of value and the number of transactions," he said.

In March, the nation's first CMO deal was signed between Germany's Boehringer-Ingelheim and Zhangjiang Biotech & Pharmaceutical Base Development Co. The partners plan to build a production facility in Shanghai.

And a lot of generics apparently do not work. A 2008 check of domestically produced generics by CFDA inspectors found all of those tested were less effective than the brand-name drugs they tried to mimic.

Experts said the nation's generics market has been flooded with comparable products made by rival companies. This competition helps control prices but squeezes manufacturer profit margins. It also affects product quality because firms hankering to turn a profit may be inclined to cut corners.

The average profit margin for a generic drug maker in the country is less than 10 percent, state media reported, far below the international average of 40 percent.

In 2013, the director of the CFDA medicine certification management center, Li Zhengqi, wrote in an essay published in a medical journal that in his opinion many domestically made generics are useless.

"Many small companies have very poor (production) techniques," said Shi. "They produce only common drugs that can be easily copied."

Shi said he expects a lot of companies to flunk the government's assessment. It will be "impossible" for any lacking the means for quality production "to pass the assessment," he said. Others will exit the market simply because they can't afford the assessment costs, Shi said.

Ren Wuxian, chairman of Yabao Pharmaceutical Group in the northern province of Shanxi, estimated that assessing a single drug will cost at least 5 million yuan. Shi said some experts have pegged the cost at more than 8 million yuan.

The executive in Chengdu said his company will not participate in the assessment project. Rather, he said, the firm plans to shift from generics to traditional Chinese medicine.

Countries around the world have improved overall drug quality through conformity assessments similar to China's project.

In the 1970s, Britain assessed 36,000 domestically produced drugs, while a similar U.S. project took about 6,000 substandard drugs off the market. Japan's assessments, which started in 1997 and continue today, have focused on 730 types of drugs.

China initiated the drug conformity assessment project in 2012 but it stalled. The tests resumed late last year, and then got a major boost in March when the State Council, the cabinet, ordered companies to conduct assessments of generic drugs.

Under the directive, each drug is to be tested to determine how its quality and effectiveness compares with the comparable brand-name drug.

Every generic that passes an assessment test can be included in the government's national insurance program, the cabinet said. And public hospital procurement offices have been ordered to give priority to approved generic drugs.

Shi said he thinks generic drug quality will eventually improve to the point where consumers regularly choose generics over brand-name drugs. In turn, he predicted, market adjustments will force multinational pharmaceutical companies to adjust their business strategies in the country.