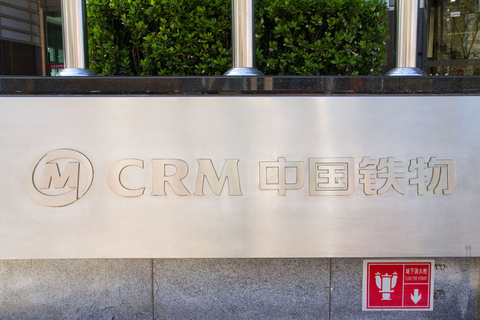 The investor, who spoke to Caixin on condition his name not be published, said his firm had requested the National Association of Financial Market Institutional Investors (NAFMII), which oversees the interbank bond market, to probe whether ABC "sought benefits for itself by using its advantageous access to information."

His main complaint was that the bank sold a large amount of bonds issued by CRM shortly before the SOE said it had trouble repaying debts and suspended trades of all of its outstanding bonds, worth a combined 16.8 billion yuan, on April 11.

The investor said his firm bought nearly 300 million yuan worth of one of the troubled bonds on March 21 through a securities firm's asset management program.

He said the bond's price at the time was normal, indicating the market had no idea it would be suspended. "Otherwise no one would have bought it," he said.

The investor suspected the bank dumped the bond it underwrote for CRM, which is due to mature in August, because it knew the firm would have trouble repaying the debt before the market caught wind of the situation.

He added that the bank's executives were among the representatives of 19 of CRM's major creditors at a meeting held on April 5 to address the firm's financial problems – possibly through a debt restructuring – and the SOE did not tell the public about the gathering until April 13, two days after it halted the trades of its bonds.

The meeting was organized by officials from the China Banking Regulatory Commission and the State-owned Assets Supervision and Administration Commission, which directly regulates the CRM, the country's largest supplier of railroad construction wares, according to the firm's announcement.

ABC denied the accusation, stating in a written reply to Caixin that its sales of the bond in question were handled by its investment and trading department in accordance with the law and regulations.

The department could not have exploited any information because there is a strict firewall mechanism between it and the bond underwriting department, the statement said.

It added that the trading department's records of completed sales involving the bond spanned from 2014 to March 21, and all transactions were conducted at a reasonable price.

An employee of NAFMII said the regulator has responded to the investor's request, and was "in the middle of going over and investigating CRM's previous transactions that were relevant."

"But determining whether insider trading is involved is complicated and requires a lot of evidence gathering," he said.

In China, the burden falls on the accused to prove that it did not take advantage of any insider information, a legal specialist working at the Shanghai Stock Exchange said. If convicted, the transgressor may face criminal liability if its actions caused other investors to suffer a big loss, he said.

The bond trading halt of CRM has sent shockwaves through China's bond market, which until recently still viewed bonds from a central government-run enterprise as risk free.

Before CRM announced the suspension, investors were already talking about the firm's apparent financial turmoil. A source close to NAFMII said the speculation prompted the regulator to advise CRM to halt trading.

Given all sorts of widely spread and yet unsubstantiated speculation about the firm's financial conditions, "continued trading would lead more investors to buy (CRM's bonds) at a loss and hurt more people's interests," the regulator concluded, the source said.