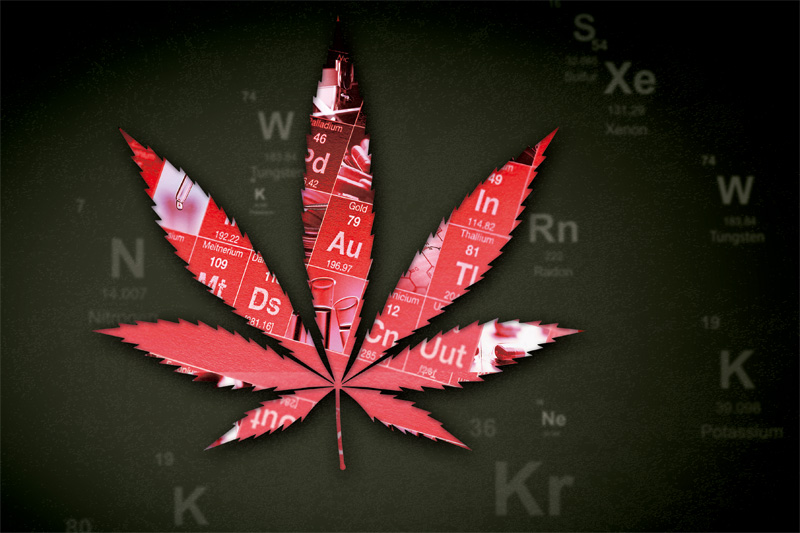 Working in clandestine labs across the country, these drug-making chemists are tweaking formulas to produce synthetics that get people high without breaking the law or, if illegal ingredients are indispensible for the desired effect, without getting caught.

They're managing to stay one or more steps ahead of the authorities – including police and even Supreme People's Court justices – who've been working harder in recent years to control the production, export and domestic use of psychoactive substances.

Drug experts say the chemists have what it takes to adjust chemical combinations quickly and get around a new drug law or prohibition almost as soon as it takes effect. They're also nimble exporters who sell their wares internationally through the Internet and find creative ways to ship products overseas.

Most of the psychoactive substances developed in recent years by the nation's chemists have been or are being produced for drug users overseas, said Wei Xiaojun, general office deputy director at the China National Narcotics Control Committee (CNNCC), an anti-drug abuse task force representing 23 central government ministries.

Orders for Chinese-made synthetics are often placed by overseas clients through the Internet, Wei said. The products are then disguised and shipped through standard postal services.

Chemists working for synthetics drugs makers can design new products quickly by combining cheap and fairly common chemicals, said a researcher who works at a government testing facility called the National Laboratory for Narcotic Drugs and asked not to be named. By breaking down a substance into its main components, the researcher said, a lab chemist can design and produce "a new generation of a product."

A variety of synthetic drugs may share the same chemical base, "like a big tree," the researcher said. "The trunk is the same, but it's different because of changes on the small branches."

After production, illegal drugs may be added to chocolates or drinks, or infused into paper or plant leaves to avoid detection by police and customs officers during shipping, the researcher said.

At a November press conference focusing on the fight against illicit drugs, officials from the Ministry of Public Security said "a substantial" share of the newer psychoactive substances circulating on the global synthetics market were "produced in China." And as the country's impact on the world's recreational drug scene has grown, they said, authorities have been stepping up efforts to control synthetics.

An official who works in the ministry's drug control office, Zhao Zhongchen, said synthetics makers have also benefited from the fact that Internet sales can be hard to control. It's also helped that many substances banned in other countries have been legal in China, at least until recently.

Authorities have stepped up efforts to control synthetic drug production. In April, the Supreme People's Court added 12 drugs, including methylone and tramadol, to a national list of controlled substances whose illegal use can be subject to criminal penalties. The court also lowered criminal possession thresholds for 33 chemicals.

The court's action followed an October decision by the CNNCC to add 116 types of psychoactive drugs to a controlled substances list that had included only 13 chemicals since it was compiled in 2013.

Over the past couple of years, state media reports, police have investigated production operations and sales of synthetic drugs such as methcathinone in Shanxi, Shaanxi, Hubei, Hunan, Jilin and Henan provinces, as well as in Tianjin.

Another element of the anti-drug effort emerged in June 2015, when the central government called for government agencies, businesses and the public to join a nationwide fight against Internet-related drug trafficking. Police in other countries were urged to join the country's fight as well.

Last year, a synthetic drug called 25i-NBOMe that was made in China and sold online was blamed for the death of a young man in Australia. The drug's origin was traced by the victim's father to a drug gang in the eastern province of Anhui. The father also learned that possessing the drug was legal in China at the time his son bought it, but illegal in Australia. The substance has been included in the 2015 CNNCC list of controlled drugs.

Also last year, customs officers and police raided a chemical warehouse in the central city of Wuhan and found ingredients that could be used to make illegal drugs. The warehouse "looked like a huge chemical lab," said a customs officer who joined the raid but asked not to be identified. "When we arrived, they were in the production process."

The company's owner was a chemistry professor who taught at a university in Wuhan, authorities said. Police launched a probe after a suspicious white powder was found in nine parcels he tried to mail to customers in other countries in November 2014.

Zhang used the Net to sell nearly 200 kilograms of synthetic drugs worth millions of U.S. dollars to clients in the United States, Britain, Canada and Australia between March and November 2014, police told the state-run Xinhua News Agency. The professor learned about overseas demand for recreational drugs years earlier while teaching in Australia, then started a production business in 2005 after returning home.

Another professor was arrested in May 2014 in the central city of Xi'an for producing and selling methcathinone to clients abroad, including in Myanmar.

Verdicts for the two professors are pending.

The mysterious powder found in parcels mailed by the first professor in 2014 "was neither a traditional drug such as heroin nor a known synthetic drug such as methamphetamine," another Wuhan customs official said. "We couldn't immediately determine what it was."

Further tests identified the powder as methylone, a new synthetic drug that could be used as a substitute for a banned drug called methcathinone.

People close to the police said recreational drug users in the country first started using methcathinone, commonly called "muscle," as a less expensive substitute for cocaine in 2010. A police officer in Changzhi, in the northern province of Shanxi, said muscle was selling on the black market that year for up to 6,000 yuan per kilo.

The officer remembers local authorities at that time knew nothing about methcathinone and "dealt with it as if it were caffeine," which in some forms is a controlled substance in the country.

Caffeine powder was widely abused in Shanxi starting in the 1960s by coal miners and truck drivers who worked long hours. More recently, methcathinone became the local blue collar drug of choice. That trend ended with a police crackdown that, since late 2011, has restricted access to methcathinone in Changzhi.