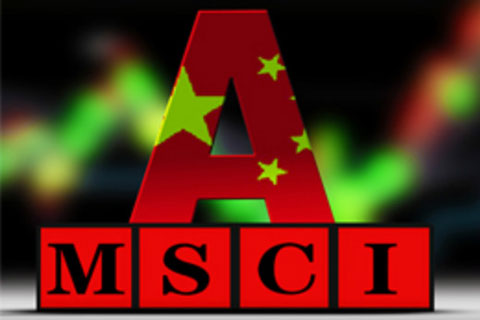 (Beijing) – Institutional investors consulted by international index compiler MSCI Inc. on whether to include mainland Chinese stocks in its widely followed Emerging Market Index have said their biggest concern was the arbitrary suspensions to trading that Chinese firms can exercise, sources with knowledge of the matter said.

MSCI decided last June not to add companies listed on Shanghai and Shenzhen stock exchanges to this index, which serves as a benchmark for the pricing of assets worth US$1.5 trillion worldwide, citing problems such as low investment quotas and restraints on capital mobility. It said it was working with the China Securities Regulatory Commission (CSRC) to resolve these issues.

In April, the firm started consulting investors using its services for their opinions on whether to include China's A-share market this year, and the complaints they received indicate that most investors were worried about regulations that permit companies to halt trading almost arbitrarily, the sources said.

"Arbitrary suspension of trading hurts investors' trading right," one of them said, adding that Chinese bourses typically have a higher percentage of firms whose stocks are not traded compared to their foreign counterparts.

Under current regulations, companies can suspend trading quickly after issuing a brief notice, claiming pending issues such as the sale of additional stocks or an asset restructuring. They can also resume trading saying negotiations have failed without giving investors further details.

Also, while the bourses normally limit trading halts to three months, in practice, many firms have been on a longer hiatus by requesting for the suspension to be extended.

Chinese stock exchanges have been working to improve their rules to prevent companies from abusing trading suspensions, sources familiar with the situation said. Companies would be required to provide more details regarding their reasons for halting the trading of shares, and if negotiations fail, they would have to tell investors what happened and why, they said.

Many companies are believed to have taken advantage of current lax trading rules to stop investors from dumping their shares amid last year's stock market rout. Nearly half of all stocks listed on the A-share market were not tradeable as of July 8. Many firms rushed to halt trading after sharp falls in their share prices.

More recently, China Vanke Co., the country's largest residential property developer by sales, suspended the trading of its stocks in both Hong Kong and Shenzhen on December 18, saying it needed to restructure its assets. The suspension was triggered by what the firm's management said was a hostile takeover by Shenzhen-based property developer Baoneng Group. While trading resumed in Hong Kong on January 16, the stock is still suspended on the Shenzhen exchange.

The investors MSCI talked to were mainly concerned that suspensions like this may affect their liquidity, the sources said.

Other issues investors have raised include demand for the government to further relax rules limiting foreign investors' ability to transfer funds out of China, they said.

China relaxed the rules in February by permitting Qualified Foreign Institutional Investors (QFII) to invest under a more flexible scheme, replacing fixed quotas with one linked to the size of funds managed by a company. The government also reduced the time QFII funds must wait to transfer money out of China from one year to three months, but it requires them to do so in batches with a monthly limit linked to the amount of their investment in the mainland market.

The Chinese government has sought to have the A-share market represented in MSCI's index because it would help attract capital from the world's top institutional investors to the mainland.

Participation of global investors will help improve the investor structure of the A-share market and facilitate reforms needed to match international best practices, a person close to the CSRC said. "Many problems with the market raised by foreign investors are precisely those that Chinese investors want solved as well," he said. "Arbitrary trading suspensions are one example."