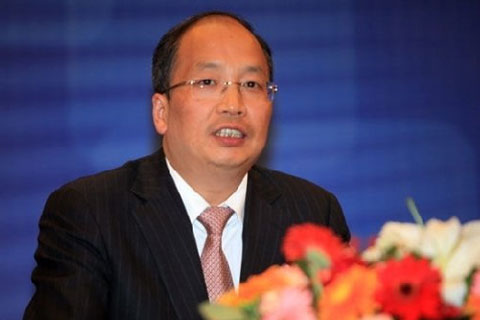 (Beijing) – The Industrial and Commercial Bank of China, the world's biggest bank in terms of assets, is expected to name its president and vice chairman, Yi Huiman, to succeed its outgoing chairman Jiang Jianqing, bank employees said.

Officials from the ruling Communist Party's personnel department appointed Yi as the bank's Party Secretary to replace Jiang on May 16, an arrangement that sealed his candidacy for the top position, the sources said.

Yi, 52, is the only candidate for the position that has been held by Jiang for 16 years, the employees said. The appointment needs to be approved by the bank's board of directors and is expected to be made public soon, they said.

Yi joined the bank in 1985 and worked his way up while serving in various positions for over three decades. Yi's experience working as an ordinary clerk gave him a better understanding of what is happening at the grassroots level, said a former colleague, who worked as a middle-level manager at ICBC.

Yi was "in the prime of his life, familiar with the business and daring in his management style,” said Yang Kaisheng, a former president of the bank, in March.

ICBC's assets stood at 22.2 trillion yuan at the end of 2015, exceeding the second largest bank in the world, China Construction Bank, by nearly 4 trillion yuan, according to the annual financial statements of the two banks.

Jiang has been tapped by the central government to lead the preparation work to establish a multilateral lender to finance trade and investment projects in Central and Eastern Europe, people with knowledge of the arrangement said.

Chinese Premier Li Keqiang proposed to set up this company in November at a conference where he met with representatives from 16 Central and Eastern European countries. It would help reduce the cost of loans to projects in these countries and remove the need for governments to vouch for commercial deals, he said.

ICBC will be a lead investor in this firm and two policy lenders, China Development Bank and the Export-Import Bank of China, will play a supplementary role, sources familiar with the arrangement said.

There is no timetable as to when the new venture may be launched.