Government to Crack Down on Green Subsidy Fraud 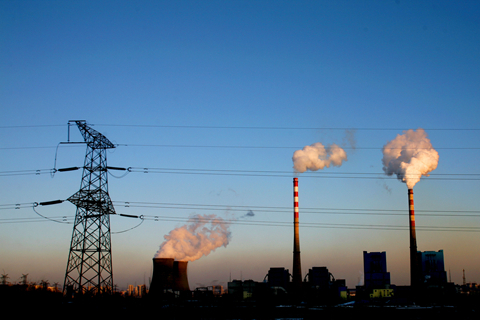 The National Development and Reform Commission and Ministry of Environmental Protection jointly issued a directive on May 16 for a nationwide probe on coal-fired power plants from May 20 to the end of October.

It will target utilities that do not use pollutant reduction equipment, but continued to receive government payments, the two agencies said.

Subsidy fraud was rampant, some industry analysts said, because many firms left the expensive equipment idle to cut costs.

Inspectors are also looking for firms that have tampered their real-time pollutant monitoring systems to falsify emissions data to qualify for the payment scheme.

The green subsidy, introduced in April 2014, is part of Beijing's efforts to battle the environmental consequences of decades of unchecked growth that has turned the country into the world's largest emitter of greenhouse gases.

Under the scheme, power plants that have installed equipment to cut pollutants such as sulphur dioxide and dust can claim 4.5 yuan per 100 kilowatts of electricity produced within the allowed emissions limits.

Producers that fail to meet emissions targets must return the subsidy and are subjected to heavy penalties. For example, if a power producer emits twice the amount of pollutants permitted, the fine is five times the subsidy received during the period the violation occurred.

The central government doled out more than 94 billion yuan in subsidies for greening up the power sector in the past two years, China Electricity Council, a government-backed industry association, said.

Data from Wind Info, a financial market research company in Shanghai, show that 42 listed coal-fired plants got three billion yuan in subsidies over the past two years.

State-owned Huaneng Power International Inc. alone pocketed 800 million yuan from the scheme during the period and that accounted for 6 percent of profit it made in 2015, data from Wind Info showed.

Ten companies, including some controlled by China Guodian Corporation and China Huadian Corporation, two of the largest state-owned power producers in the country, were fined 519 million yuan for violating subsidy rules in July 2014, the Economic Information Daily reported.

The Ministry of Environmental Protection named and shamed 17 utilities firms that were caught operating while the pollutant controlling facilities were switched off during an inspection last year.