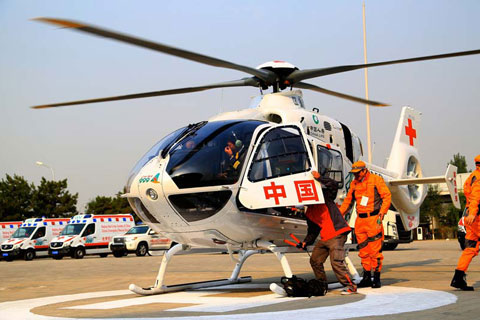 (Beijing) - The State Council issued guidelines on May 17 to open up airspace below 3,000 meters to general aviation to meet a growing demand for flights on private jets and helicopters.

These aircraft had to fly under 1,000 meters till now. The directive by the council, China's cabinet, also aims to streamline approval procedures for general aviation flights. The document, however, did not say when the changes will come into effect.

Liberalizing the low-altitude airspace is part of a 2014 proposal drafted by a joint committee set up by the State Council and the Central Military Commission to reform aviation rules in the country.

Growth of the industry has been hampered by limited access to airspace, a 2015 report by Asian Sky Group, an aviation service firm in Hong Kong, showed. The number of business jets in use increased by 3.8 percent in 2015 compared to 16 percent in the previous year, the report showed. The company estimated the number of small jets to go up by just 2 percent with only six planes added to the current fleet this year.

Unlikely in countries such as the United States, the low-attitude airspace in China is tightly controlled by the government committee.

It could take up to seven days for general aviation firms to apply for permission from the air force to fly in the zone categorized as "controlled airspace" under a 2014 regulation and one more day to have their fight schedules approved by both the CAAC and the military.

The joint committee said in July 2014 that it would release a new draft document giving details of how to streamline approval procedures for firms using low-altitude airspace by the end of 2015. This document has not been published so far.

The committee needs to relax rules used to govern the airspace to allow the general aviation industry to develop, said an airline company executive who asked not be named.