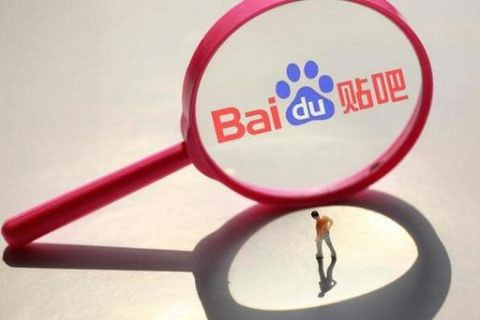 (Beijing) – Internet giant Baidu Inc. said May 23, it would gradually take down discussion forums on literature from its popular online bulletin board service to remove content suspected of infringing upon intellectual property rights.

The country's biggest search engine operator did not say how many posts would be affected. The firm's bulletin board service, Tieba, has over 19 million forums with discussions on many fields including novels. Authors and Internet reading sites have criticized these online communities for circulating pirated content.

The forums will be put back online after the company combs through their content to delete material protected under copyright, Baidu said.

Forums that have been affected as of May 24 include those where some of the country's bestselling works of fiction were posted online without the authors' consent.

Baidu also said it would set up a quick response channel to handle complaints and scrub out any illicit material within 12 hours after verification.

This announcement comes after Wu Wenhui, CEO of popular reading website China Reading Ltd., criticized Baidu for failing to prevent users from sharing pirated material on its bulletin boards in an open letter on May 23.

Widespread copyright infringements affected authors' incomes, Wu said, adding that some were even verbally attacked by other users of Baidu's discussion boards for arguing that people should pay to read books.

"This cannot be tolerated," wrote Wu. China Reading, a subsidiary of Tencent Holding Ltd., owns the copyright for nearly 10 million digital books, or 70 percent of all online-only literary works in the country, according to the firm's website.

China Reading said it had filed two law suits against Baidu over the unauthorized republishing of two of its digital novels. It did not say when these legal suits were filed or in which court. An employee of the firm, however, told Caixin a court had accepted to hear these cases.

The National Copyright Administration has weighed in on the dispute. An unnamed "person in charge" from the organization told a state-media outlet on May 24 that by closing the online forums in question, Baidu sets a good example for others to follow.

In 2014, publishers lost about 7.8 billion yuan in sales revenue because people read pirated copies of digital-only books, according to an estimate from iResearch, which provides data on Internet-based consumption.

This is not the first time the search engine operator has been blamed in a dispute over copyright violations. In 2011, 50 authors penned an open letter highlighting the presence of pirated materials in one of Baidu's file storage and sharing platforms, Wenku.

The company reacted by removing all illicit content within days, but users started uploading pirated material even after the crackdown .

Not many angry authors have the time and money to sue a large firm, and Baidu knows that, said Bei Zhicheng, CEO of Dashenquan, which provides services to authors and literature sharing platforms.

"When the public debate dies down, most affected authors and publishers do not have any means to challenge the violators," he said.