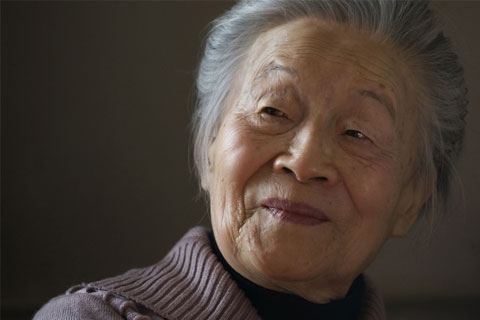 (Beijing) – Renowned writer, translator and playwright, Yang Jikang, better known by her penname Yang Jiang, died May 25 at a hospital in Beijing. She was 105.

Her death was confirmed by her publisher, the People's Literature Publishing House, the Paper, a news website in Shanghai reported.

Yang was an iconic literary figure in China known for her novels, plays, essays and translations. Yang was the first to produce a Chinese translation of the Spanish classic Don Quixote by Miguel de Cervantes. Her translations, including that of the French novel Gil Blas, have remained the authoritative versions of these masterpieces among Chinese readers.

She was the widow of Qian Zhongshu (1910-1998), an acclaimed novelist. He was known for Fortress Besieged, a story about the lives of Chinese intellectuals in the 1930s, the final years of a cultural renaissance that started with the fall of the Qing Dynasty in the early 1900s and was smothered by the Japanese invasion.

Her 2003 essay collection "We Three," about her family life and professional collaboration with her late husband and their daughter, who died of cancer in 1997, was a best seller.

Born in 1911, to an educated family in Beijing, Yang studied at Soochow University in Suzhou, in the eastern province of Jiangsu, and then at Tsinghua University in Beijing in the 1930s. She started writing while in college and her first short story Don't Worry, Lulu appeared in the literary supplement of a Tianjin newspaper Ta Kung Pao in 1934.

Yang met her husband Qian at Tsinghua University. The couple married in 1935, and left for Britain for further studies at Oxford University and the University of London. They returned to China three years later and started teaching at Tsinghua.

In the 1940s, Yang started writing stage plays under the penname Yang Jiang. Her first four-act parlor drama, Heart's Desire, became an immediate success. Her other theatrical pieces including The Cheat (Nengzhen Chengjia) and Sport with the World (Youxi Renjian) made her a famous playwright.

Yang was fluent in English, French and Spanish. The prestigious Literature Research Institute in Beijing, the predecessor of the Institute of Foreign Literature of the Chinese Academy of Social Sciences, appointed her to a group studying foreign classics in 1952. This was what launched her translation career. A renowned academic in aesthetics studies, Zhu Guangqian, once said "Yang's prose translations were the best" in China at that time.

Yang started translating Don Quixote in 1958 and spent seven years on it, but the publication of the work was delayed by more than a decade due to the Cultural Revolution (1966-1976) when Western literature was banned.

During this period, thousands of intellectuals, including Yang and Qian, were tortured and forced to work in collective farms in rural areas. The couple was sent to Xinyang, a village in the impoverished central province of Henan, to do hard labor as part of what authorities called a "reeducation" program. Yang continued to write despite these hardships.

Her 1983 memoir, Six Chapters about My Life Down Under, chronicles the difficulties she and her husband faced during these years with a touch of humor.

Her translation of Cervantes' classic was published a few years earlier, in 1978, by the People's Literature Publishing House. More than 700,000 copies of the book were sold as of 2014, data from the publisher showed.

Her 1988 novel Baptism, on how intellectuals were affected by the political upheavals in the 1950s and 1960s, was another success. It was "a combination of Dream of the Red Chamber and The Scholars," said novelist Shi Zhecun, referring to two Chinese classics.

Her husband was critically ill from 1994 until his death four years later. "As Qian got weaker, he could no longer speak," a family friend, Wu Xuezhao, said. "But every day when Yang arrived in hospital, he opened his eyes to greet her, no matter how difficult it was for him." After Qian's death, Yang compiled and edited her husband's unpublished works.

She remained prolific even late in life. In 2001, she started to translate Plato's Phaedo. Her reflective essay, Arriving at the Margins of Life, came out in 2007, when she was 96. In 2014, aged 103, she published a sequel to her novel Baptism.

Yang donated more than 10 million yuan earned in royalties from books to her alma mater, Tsinghua University, to set up a scholarship fund to support low-income students.

In 2011, when she became a centenarian, Yang was interviewed by a Shanghai newspaper, Wenhui Bao, in which she said "I have reached the margins of life and I have no idea how far I can go. The number of years left is not within my control but I know clearly that I will 'go home' soon… I shall live everyday peacefully and prepare 'to go home.'"