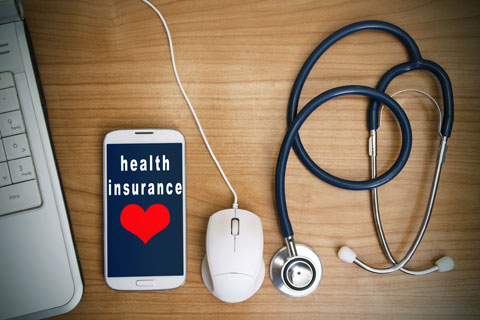 (Beijing) – Unprofitable mobile health apps are turning to insurance companies in search of partnerships that will benefit them both, but major obstacles remain and investors are growing impatient.

The latest investment in the sector that made headlines on May 20 was a record-breaking US$ 500 million capital injection into Ping An Good Doctor, a smartphone app operated by a subsidiary of conglomerate Ping An Insurance (Group) Co. The previous record had been held by We Doctor Group, or Guahao, when it raised US$ 300 million in 2015.

Investors backed Good Doctor probably because they think the insurer will be able to integrate the app into its health insurance business and thus provide the start-up with a much needed source of income, which seems all the more important given that all mobile health apps in the country are still losing money.

The deal valued the Good Doctor app at US$ 3 billion. Ping An did not say who made the investment.

Mobile phone apps offering services from making an appointment with doctors to getting a remote diagnosis have mushroomed in China over the past few years driven by widespread frustration with the country's resource-strained medical care system.

In 2015, 221 investments were made in the mobile health services sector in China, a 45 percent increase from the previous year, which itself saw rapid growth, data from Internet industry information provider iResearch show.

In the first half of 2015 alone, investments worth US$ 780 million poured into the fledgling industry, which is more than the total for 2014, the firm said in a report. Since then, however, investor enthusiasm has faded, it said, without providing how much investment was made so far in 2016.

One reason could be that investors are growing impatient, because none of the existing mobile health apps seem to have cracked the code on how to make money.

Cooperating with insurance companies has been viewed by some start-ups as a potential way to solve this problem.

A tie-up between mobile app Chunyu Yisheng and the property insurance arm of the People's Insurance Company of China (PICC) shows how this might work.

Chunyu Yisheng forged an alliance with the insurer in November, saying it would provide PICC clients with a wide range of services such as online consultations with health experts and privileged access to services at leading hospitals and medical facilities. It would also draw on its data on patients to help the insurer optimize its health insurance business and control the sector's risk.

Central to their cooperation – and similar tie-ups between mobile health apps and insurers – is the arrangement that the insurance company will buy services from the apps.

Advocates say this is mutually beneficial because it makes the insurers' health insurance policies more attractive and provides the app a steady source of income.

But that's not entirely true, at least for the moment. The market for commercial health insurance in China is underdeveloped, with most people relying on a scheme provided by the state.

There are five insurance companies specializing in providing health insurance policies, and another more than 100 insurers which offer them as part of their broader service package. And yet, none of them have succeeded in making money from the business due to a lack of clients.

Mobile health apps that are teaming up with insurers are counting on them to buy their services in large volumes, but they may have set themselves up for a big disappointment because insurers do not seem to have the money for this, an analyst focusing on Internet-based health care industry said.

Insurance companies often pay health apps for allowing their clients to make appointments with doctors online or chat with them, he said. Charges for these services, however, usually add up to only several hundreds of thousands of yuan every year. That covers only a small percentage of the operating cost of a mobile health app, he said.

Nor are insurance firms keen on shelling out money for the data and analyses mobile apps say they can offer on patients, Zhao Heng, a columnist at Internet health care industry portal cunfuriji.com, wrote.

In fact, the biggest incentive for insurance firms to consider cooperating with any health care service providers is that they can help bring down the cost of insurance by reducing wasteful spending on treatment and medicine, the analyst said. As far as this is concerned, insurers are tempted to cooperate with hospitals directly, skipping intermediaries including mobile apps, he said.

For mobile health apps that have teamed up with an insurance firm, this means their new patron and ally may not be reliable after all.