China-U.S. Relations: Hostage to None 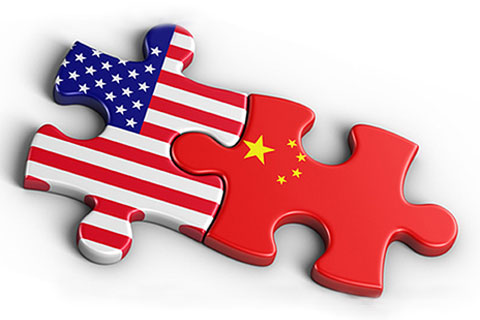 The eighth session of the U.S.-China Strategic and Economic Dialogue (S&ED) in Beijing on June 6 and 7 received more than the usual attention amid signs of increased tension between the two countries.

In addition to tensions over disputed islands and reefs in the South China Sea, friction has been generated in recent months by China's attempt to be recognized as a "market economy" and America's plan to deploy an anti-missile system in South Korea. Anti-China rhetoric spilling over from the U.S. presidential campaign has also fueled tension.

But relations between the world's two largest economies must not be held hostage by these problems. This point was recently made clear by the Chinese ambassador to the United States, Cui Tiankai. We fully believe in the merits of his argument.

The China-U.S. bilateral relationship has matured to a point where neither country can hurt the other without inflicting damage on itself. The line between cooperation and conflict, however, is constantly adjusting to reflect the dynamics of a fast-changing external environment and domestic politics.

Regardless of how the line changes, though, each government has agreed – and should maintain this key position – that strengthening cooperation yields more benefits for all than does dwelling on diversions and friction points.

Trade, above all, has always played a key role in China-U.S. relations. Many issues raised for discussion by U.S. delegates at the S&ED are also at the top of the Chinese government's list of concerns. Dealt with properly, these issues could serve as a starting point for further improvements in the bilateral relationship.

The U.S. government, for example, has viewed the dialogue as a "critical venue" for its officials to emphasize the important point that China should "make an orderly transition to a market-determined exchange rate," especially in light of the recent decline of the yuan's value against the U.S. dollar. Monetary policies in each country carry global consequences and should be carefully thought out and implemented based on considerations of not only domestic conditions but also their likely impact on other nations.

While both countries agree more reform is needed for the yuan's exchange rate system, the pace and details of reform-related activities must be communicated in a timely manner to prevent misunderstandings.

At this year's S&ED, Chinese and U.S. officials clashed over a Chinese government-backed push to trim excess capacity in some manufacturing industries.

After American steelmakers lost out to less expensive imports from China, the U.S. government responded in May by slapping a more than five-fold increase in tariffs on Chinese-made cold-rolled steel products. Washington argued Chinese steel was being sold at below-market prices. The government also launched an investigation targeting 40 Chinese steelmakers to determine whether any violated a 1930 trade law.

Protectionist sentiments are obviously on the rise in the United States, which means it's entirely possible that whoever becomes the next U.S. president will take a harder line against China on trade policies.

The Chinese government must navigate delicately, pushing ahead with its supply-side reform campaign and continuing to reduce excess capacity as needed while taking all possible diplomatic and legal means to protect the interests of Chinese enterprises.

Regarding bilateral investments, the Chinese government released in March a policy for implementing a negative list approach in four areas on a trial basis. That was a big step toward allaying foreign investor complaints about not being fairly treated in China. These complaints have been a major obstacle to negotiations between the Chinese and U.S. governments on a proposed Bilateral Investment Treaty. More progress is needed along this line, and the U.S. government in turn needs to make concessions to meet China halfway.

Another area for working together could revolve around setting up a yuan trading center in the United States. Such a center would apparently fit China's plan to increase the use of the yuan overseas and would let U.S. investors share the benefits of the yuan's globalization.

It's important for officials in each country to cultivate an attitude that's both cooperative and pragmatic. Bilateral relations between China and the United States hinge on the ability of decision makers in each country to look beyond short-term interests and focus on the big picture. Doing so requires good communication skills – the kind of that can improve through the S&ED and other bilateral negotiations.