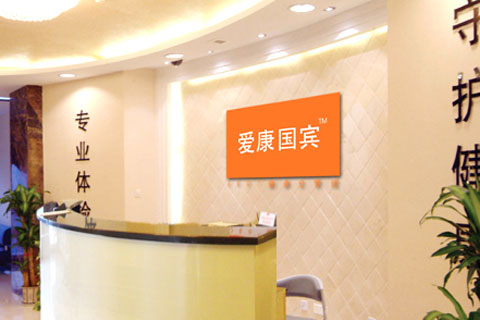 (Beijing) – Yunfeng Capital, a private equity firm co-founded by Alibaba chairman Jack Ma, remains the only bidder ready to acquire a NASDAQ-listed Chinese healthcare provider, which is planning to delist from the U.S. exchange.

A consortium led by the Shanghai-based Meinian Onehealth Healthcare Group Co. dropped its offer to take Beijing-based iKang Healthcare Group Inc. private for US$25 per American depositary share (ADS) in cash, Meinian said in a filing to the Shenzhen Stock Exchange on June 8.

A rival bid, led by iKang's founder and CEO Zhang Ligang that offered to pay $17.80 per ADS, also withdrew its tender on June 7, according to a filing to the U.S. Securities and Exchange Commission.

The announcements from Meinian and Zhang came a few days after the healthcare provider said on June 6 it had received a proposal letter from Yunfeng, which offered to acquire 100 percent of iKang's outstanding shares for US$20 to US$25 per ADS in an all-cash transaction.

Yunfeng said in the proposal letter to iKang's board of directors that the acquisition may result in the removal of Zhang from his managerial roles and the private equity firm is "prepared to consider such a scenario."

In response, Zhang said in a statement released on the company's official account on WeChat, a popular social media platform, on June 8 that if his leaving "would benefit respected and friendly investors to buy out the company," he will step down from his positions once the acquisition is completed.

He also said that he has spent the past six months fighting a hostile bid from Meinian, which has distracted him from his management duties.

A person with knowledge of the matter told Caixin that Zhang decided to withdraw his proposal to support Yunfeng's bid.

Since Yunfeng Capital is co-established by Ma, there is possibility that iKang will be merged into the Alibaba's healthcare arm Alibaba Health Information Technology Ltd., also known as Alihealth, market analysts said.

Internet giant Alibaba is making inroads into the private healthcare sector that is seeing increasing demand from a growing middle class that is willing to pay for better services.

Alihealth operates an online drug-sales platform through Alibaba's Tmall website, through which Internet-based retailers sold about 4.7 billion yuan worth of medicines last year, representing nearly half of the country's total annual drug sales, according to the company.