Police Uncovers Grisly Series of Mine Murders in Inner Mongolia 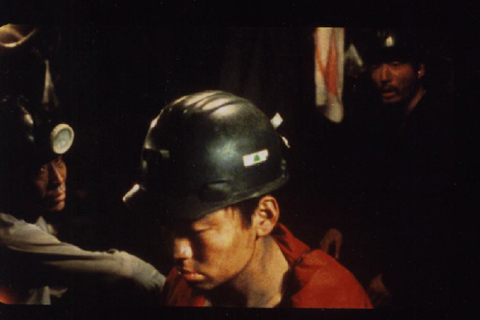 (Beijing) – Police in the coal-rich northern region of Inner Mongolia have unraveled a string of crimes, where 17 miners were allegedly killed by their colleagues who then pretended to be their close kin to claim compensation for the deaths that were made to appear as mine accidents.

Bayannur Intermediate People's Procuratorate in Inner Mongolia, a regional court, said it has charged 74 suspects with murder, fraud and blackmail linked to the deaths. The local prosecutor's office made the announcement on May 31, on its official account on Weibo, a popular micro blog site. The office, however, did not say when these crimes were committed or how much money the accused had taken from mine owners.

A person who was briefed about the case told Caixin that the alleged killings came to light in January 2015 when police from a district under the city of Bayannur was investigating a mining accident. Officers found that some of the victims, who coworkers claimed had perished in the disaster, were actually alive.

Police uncovered the 17 alleged murders in a follow-up investigation that lasted for over a year, the source said.

Each of the 74 suspects was either involved in plotting the murders, recruiting victims or acting as their close kin to swindle compensation money, said the source. Mine owners were blackmailed into settling quickly, because they often ran unlicensed operations, the source with knowledge of the matter said.

Most of the suspects were farmers in their 40s from Zhaotong, a city in the southwestern province of Yunnan, the source said.

The organized gang had murdered far more people, but prosecutors could only charge them with the killings of 17 because the group had cremated the bodies of victims and discarded their ashes making DNA tests impossible, the source said.

The suspects will face trial October, the source said.

The short statement about the case released by the court did not garner much attention at first, but then it became a trending topic on Chinese social media on June 6. Many Internet commentators said the real-life case echoed the plot of a 2006 feature film, Blind Shaft, by independent director Li Yang. The film, which was not allowed to be screened in cinemas on the mainland, probed the dark underbelly of corruption in unlicensed mines scattered across the country's coal belt.

The gritty movie based on a real-life incident in the late 1990s tells the story of a group of miners who plot to kill 52 coworkers in fake mining accidents at several small, unlicensed mines to extort money from owners.