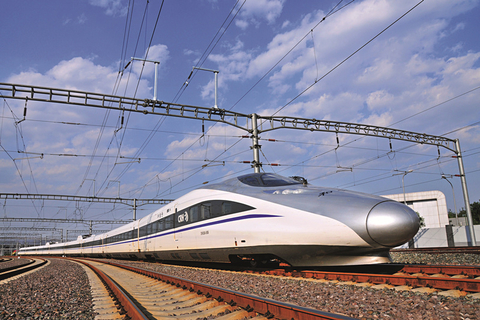 (Beijing) – Nine months after announcing that a Chinese consortium would build a high-speed rail line from Los Angeles to Las Vegas, the private U.S. company behind the plan said June 9 that the deal was terminated, denting China's ambitions to export its train technology.

XpressWest, a rail company in the U.S. state of Nevada, said in an online statement that the decision to end the partnership with China Railway International (U.S.) Group Ltd., was based "primarily upon difficulties associated with timely performance and CRI's challenges in obtaining required authority to proceed with required development activities."

The company did not specify from whom or for what purpose these "approvals" were required.

The US$ 12.5 billion initiative may have been derailed after hitting a regulatory hurdle. XpressWest may have decided to pull the plug after the two sides failed to get the green light from the U.S. Department of Transport, Tom Skancke, Executive Director of Western High Speed Rail Alliance, a transportation think tank in Las Vegas, said. The 2009 Buy America initiative requires trains to be made in the United States, he said.

XpressWest also said in its online statement that the biggest challenge it faced was a U.S. federal government requirement that high-speed trains must be manufactured locally to secure regulatory approval.

However, "as everyone knows, there are no high-speed train manufacturers in the United States," the company said. "This inflexible requirement has been a fundamental barrier to financing high-speed rail in our country."

China's rail road operator, China Railway Corporation (CRC), which heads the Chinese consortium, had pledged US$ 100 million in initial funding, the Communist Party's top business and economic decision-making body said in a statement when it announced the project on September 17. Work was expected to begin in September at the earliest, the Central Leading Group on Financial and Economic Affairs said.

An executive from CRC, who asked not be named, said XpressWest decided to drop the project because the Chinese side refused to make certain concessions. But he did not detail the sticky points in the negotiations.

The CRC criticized its U.S. partner for being irresponsible and making a public statement, while talks were ongoing.

A CRC spokesperson, in a written reply to Caixin's questions, said XpressWest has violated the joint venture contract by making a unilateral announcement.

"Our agreement stipulates that one side should not release information without seeking prior approval from the other," said the CRC, "we have expressed our objection to this move because it's wrong and irresponsible." The CRC did not detail any problems it has faced or whether there were any delays on its part.

The sudden cancellation may have a ripple effect on China's plans to export its bullet train technology. China Railway Corporation, which has built the largest high-speed rail network in the world in less than a decade, wanted the U.S. project to serve as a model for international cooperation, said Yang Zhongmin, chairman of China Railway International.

The country has been aggressively marketing its bullet train technology abroad and competing for contracts in countries such as Mexico and Thailand.

In January 2015, the Mexican government cancelled a multi-billion dollar contract given to a Sino-Mexican consortium to build the country's first high-speed rail link citing budget woes after oil prices dropped. The 210-kilometer line ran from the capital Mexico City to the central city of Queretaro.

Another consortium led by the CRC visited Malaysia in late May to lobby for a high-speed rail project linking Singapore and Malaysia's capital, Kuala Lumpur, people with knowledge of the matter said. The project is worth US$10 billion to US$15 billion, The Strait Times, a news outlet in Singapore, reported in April.