The Dual Roles of Jia Zhangke 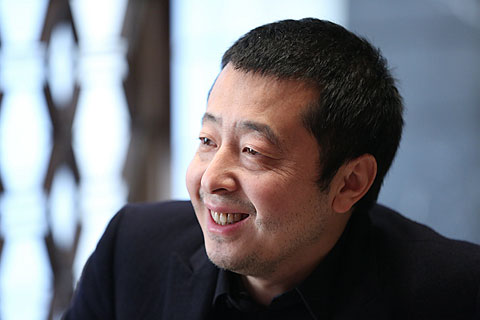 (Beijing) – Jia Zhangke is one of the most critically acclaimed directors working in China today known for movies like the emotional drama Mountains May Depart, which competed for the Palme d'Or at the 2015 Cannes Film Festival in France.

But in the eyes of a small circle of film industry insiders and friends, the 46-year-old is more of a savvy investor with a diverse portfolio that includes businesses in the entertainment industry, hotels, restaurants, spirits distilleries and even coal mines.

Jia said in a Caixin interview that he will sit for a national accreditation exam for fund managers later this year.

The director, who said he once despised video sharing sites, has jumped on the online film streaming bandwagon. His latest venture is a website, Ke Premiere, which will bring short films from around the world to Chinese audiences. He has teamed up with the Hong Kong international film festival and Taiwanese distributor Joint Pictures for the project that is expected to go live in late June.

"As a filmmaker, I wasn't a big fan of movies streamed online because films should be watched in cinemas," he said. "It's just not my thing to stare at a small screen to watch a film."

It is a major departure from other projects in his investment portfolio, which are mostly brick-and-mortar businesses.

But, he a new realization dawned on him after noticing that the large number of films streamed online has not come at the expense of the movie industry or eroded cinema revenues. Instead, they have made films more accessible to a wider audience, Jia said, and he didn't want to miss out on the opportunity.

The project is part of a larger new media company launched last year, which Jia said was worth 500 million yuan or nearly US$76 million at present. Jia has invested about 10 million yuan in the holding company that has spread its tentacles into social media, e-commerce, producing film and television series, advertising, real estate and making maternity care products.

The acclaimed director is among an army of wealthy celebrities from the world of entertainment who have taken a plunge in the growing Internet industry.

Zhang Yimou, another critically acclaimed Chinese film director, holds 1.4 percent in stake in Leshi Internet Information & Technology Corp. better known as LeTV, a domestic conglomerate with an array of businesses in film, video and sports event streaming, and in producing smart TVs and driverless cars. His stake was worth over 140 million yuan, as of May 6.

iQIYI, a popular site to share online and mobile videos and download games, said it had over 20 million paid subscribers as of June 1, proof that consumers are willing to pay for high quality content.

Jia made his foray into the film industry in 1995 and has direct and produced a series of art films, including his feature debut Xiao Wu in 1998, which received positive reviews from international cinema critics, and Still Life, winner of the Golden Lion, the top prize at the prestigious Venice Film Festival, in 2006.

He started off as an independent director credited with several critically acclaimed underground films that were not approved by the censors and therefore were not allowed to be screened on the mainland. The works, which were either shown at private screenings or clandestinely distributed on compact disks, helped raise his international profile.

In 2006, he co-founded X-Stream Pictures, a studio that has funded nearly 20 films from first-time directors. Last year, he was part of another initiative to produce commercially successful movies and promote cinema education.

He has also funded theaters that screened art house films or staged experimental plays and a restaurant based on the theme of his film Mountains May Depart in his hometown in Fenyang in the northern province of Shanxi.

Despite dabbling in so many businesses, Jia said he would not stray far from his main interest – making films – and let his partners handle the day-today running of his companies.

He said he is preparing for a new film to be shot later this year, without revealing its plot.

The director says his foray into Internet businesses such as social media would help him discover fresh talent with original ideas and to better understand his audiences' tastes.

He denied he had any qualms about being tagged a businessman, saying "in modern times we are all part of some form of commercial activity, unless we choose to retreat into a remote mountain forest."