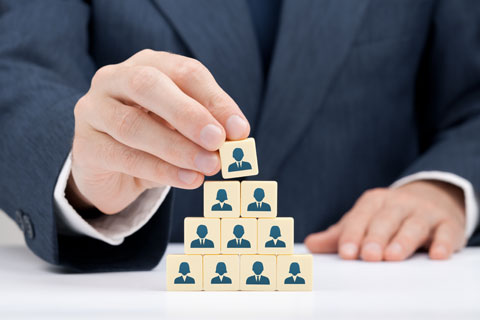 (Beijing) – Once a promising career that brought respect and handsome salaries, a vice president's job at China's major commercial banks is rapidly losing its luster, the victim of recent anti-corruption and frugality campaigns that have seen salaries shrivel and other perks evaporate.

Bank of China, one of the country's biggest lenders, is just one of many lenders that have faced a vice president shortage since the start of this year. First one of its six vice presidents retired, and then another left to become president of China Everbright Bank earlier in the year.

The elite group continued to shrink after another vice president, Zhu Hexin, was appointed vice governor of southwestern Sichuan Province on June 2. Such movement is relatively common in China, where the Communist Party often treats high positions at big state-run enterprises as a type of government posting for rising bureaucrats.

Depending on their size, a typical Chinese bank has five to eight vice presidents at its head office, usually tasked with establishing and maintaining relationships with customers and business partners, overseeing assistant managers, and monitoring overall financial performance, according to a person working in the sector.

Shanghai-based China Minsheng Bank, China's largest private lender, fired its only vice president Xing Benxiu, who was in charge of credit card services, the lender said in a filing to the Shanghai Stock Exchange last week. Previous reports indicated that Xing was dismissed because he did not pass a performance evaluation, but several knowledgeable people told Caixin the dismissal was linked to a corruption investigation.

Further details regarding the investigation and Minsheng's plan to fill the vacancy were not revealed.

China has embarked on a three-year-old anti-graft campaign under President Xi Jinping, who has vowed to go after powerful "tigers" as well as lowly "flies." That drive has struck down Wang Yaoting, a former vice president of Huaxia Bank who was accused of taking 1.06 million yuan ($160,000) and tried in late 2015.

No verdict has been announced yet. Huaxia now has only two vice presidents, and it is planning to promote two more people to fill the position, a person familiar with the issue said.

Xi's administration has also been cutting salaries for top executives at big state-run enterprises, as part of a broader frugality campaign that also discourages gift giving and hosting lavish events. Salaries for presidents of China's five biggest banks all dropped 50 percent in 2015, the lenders' annual reports show. Such cuts and loss of other perks are pushing bank executives to pursue better pay in the private sector and elsewhere.

The drastic pay cuts have raised concerns among some analysts, who say state banks could lose talent to private banks, which are not subject to Beijing's frugality campaign.

Qiu Huofa, one of Everbright Bank's former vice presidents, left his employer to pursue another job, the bank said in a filing to the Shanghai bourse last month. Caixin has learned that he may become chairman of a private bank which sources said is being set up by property developer Evergrande Group.